Miguel Ángel Vidal (1928) graduated from the National School of Fine Arts Pirilidiano Pueyrredón in 1952 with the title of Professor of Visual Arts. He had as teachers, among others, Lino Enea Spilimbergo and Eugenio Daneri. He was Rector of...
Read More
Close

Miguel Ángel Vidal (1928) graduated from the National School of Fine Arts Pirilidiano Pueyrredón in 1952 with the title of Professor of Visual Arts. He had as teachers, among others, Lino Enea Spilimbergo and Eugenio Daneri. He was Rector of the same from 1989 to 1991. He was also Professor of Painting and Thesis Director at the Higher School of Fine Arts Ernesto de la Cárcova
Generated all his work in his workshop of Buenos Aires, from where he projected it to Argentina and the world.
He investigated naturalism and studied the line as an expression. Over time his expressive needs led him to relate to Postcubism until he came to investigate Abstraction and Geometry. He joined the “Young Group” (1949-1951), and in 1959 he founded, together with Eduardo Mac Entyre, the Generative Art Movement of Buenos Aires, promoted by the collector Ignacio Pirovano and the critic Rafael Squirru in 1960.
It carried out one of the first editions of digital art with images realized in one of the first computers of the country in the Center of Calculation of the Schools ORT. Some pieces of that edition were exhibited at the exhibition Arte y Cibernética, organized by the Center for Art and Communication (CAyC) at the Bonino Gallery in August 1969 and today form part of the Victoria & Albert Museum collection in London.
In his Topological Period Vidal is interested in the new scientific concepts of these phenomena that are developed in space, takes them and develops to give a new visual proposal. Works in acrylic and metal boxes to enter the real space in three dimensions, topological space where the light is reflected, concave and convex surfaces, which manages to move to the fabric .-
From the end of the seventies and early eighties, light gains autonomy and prevails over everything element in Vidal’s painting, it seems to take space, radiating more energy Color bands work with glazes and the boundaries become imprecise, The curves with melodic rhythms are almost tactilely visualized 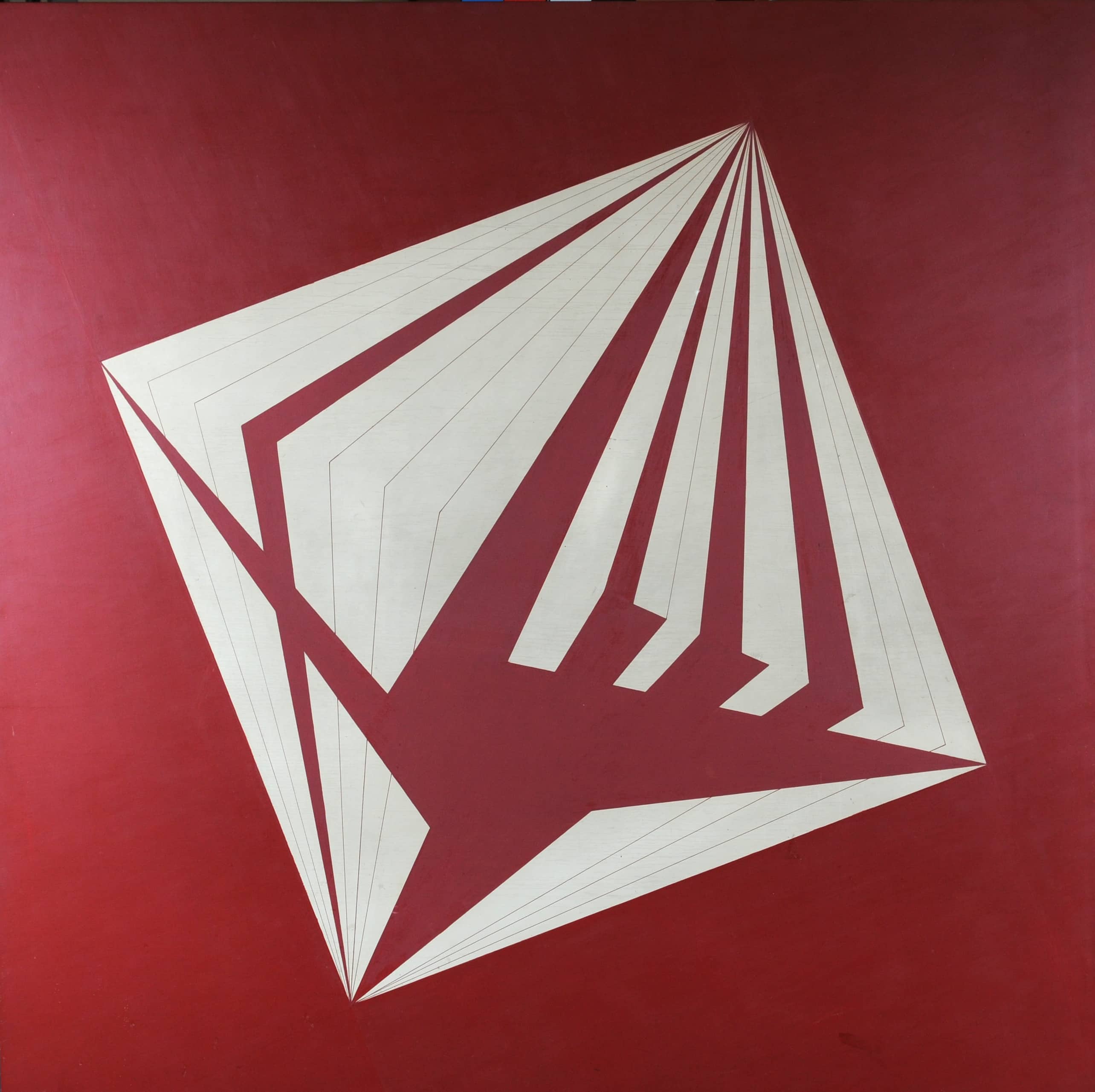 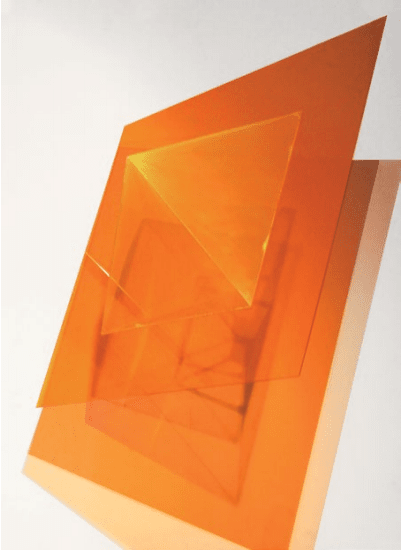 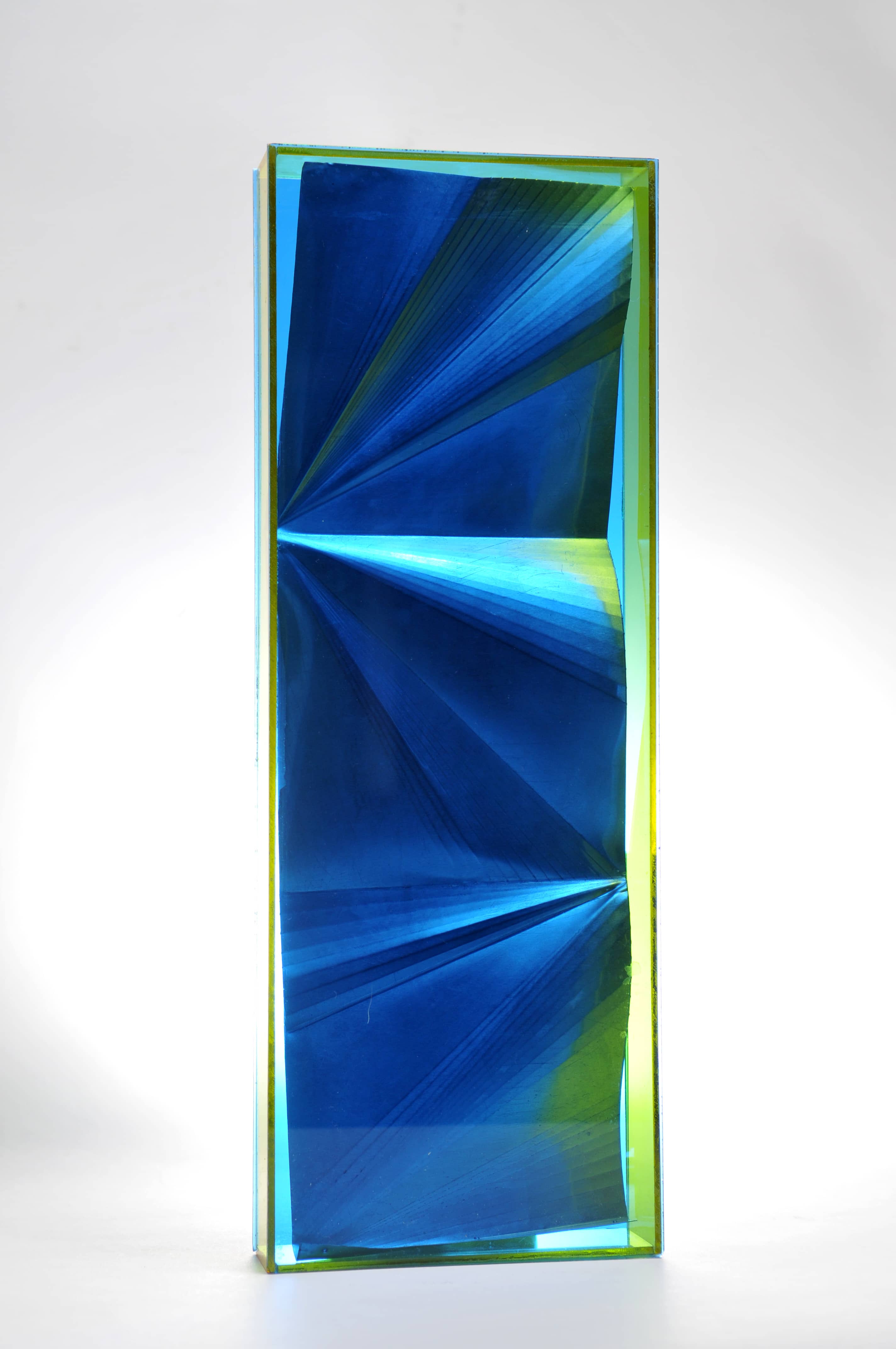