Some artists need to be kept at a certain distance. They are authors whose works we just have to “pass over in silence,” as Derrida would say. They are artists who are doomed or blessed to remain lonely, to have their own anatomy occur in time and space, with singular and endogamic forces. They take place in reality, or graze it, without the need for extra accommodations or external narratives.

Do not be mistaken, these are not works with an arrogant self-sufficiency, fortified images, or impenetrable geographies. They are simply works that create energy and do not need external stimuli to go into action. The eyes wander on the paper, canvas, object, and tie together each signifier and signified in their different dimensions. Magariños does not distract himself with the creation of novel artifices. He insists on an alphabet that shows the virtues of the laws of vision and perception, which controls the extent of what is possible in the cosmos and of man in the cosmos, and which shows the highest splendors, with mystery, playfulness—replicating thousands of illusions. An alphabet that exhibits elements and structures without borders, where nothing restricts the modern artist as “historical truth” is to shred his works of their temporal dimension, their ability to continue to take place in the present, when their imaginary, with the passing of time, finds the events. That is why history is never about the past, but about the future. The artist’s creations are inventions of energy that never stop vibrating together in their supplements on the intervened support: colors, rhythms, arabesques, symbols, crossings, flags, constructive furniture, scaffolding planks, masts, threads, echoes, orography, bows, weavings, crosses, the open heart of possible roses or invisible peonies, the atom with its photons and electrons, fractured or endless lines, and all the elements that live in expectation on the stretcher.

As regards non-figurative art from the 1910 onwards, the stories are well known. Abstract and non-figurative movements and schools multiplied around several European countries as part of the fight for abstraction. The Russian avant-gardes, such as constructivism and rayonism; Kandinsky in Germany; neo-plasticism or Mondrian’s De Stjil and van Doesburg in Holland; vorticism in Great Britain; orphism in Paris with Delaunay; within Italian futurism, Balla’s and Severini’s approaches and Emilio Pettoruti’s abstract drawings from 1914; Arp and his painted wood reliefs, and another Dadaist, Kurt Schwitters, with his Merz, were the most outstanding examples of the cosmopolitan scene and, already in the 20s, the German Bauhaus was showing its abstract experiences in design, painting and architecture.

The controversies between abstraction and non-figuration, free and geometric abstraction, abstraction and concretism, between constructivism, suprematism and Pevsner’s realism soon showed the diversity that had been opened in art after banishing any trace of depictions of reality. The position of concrete artists—to which Magariños early adhered to—was established in 1930 by Theo van Doesburg in the magazine Art Concret. Non-figuration did not rely on a process of abstracting from reality, comes from the fantasy of being able to make the “true” past known leaves historical imagination out of the picture. 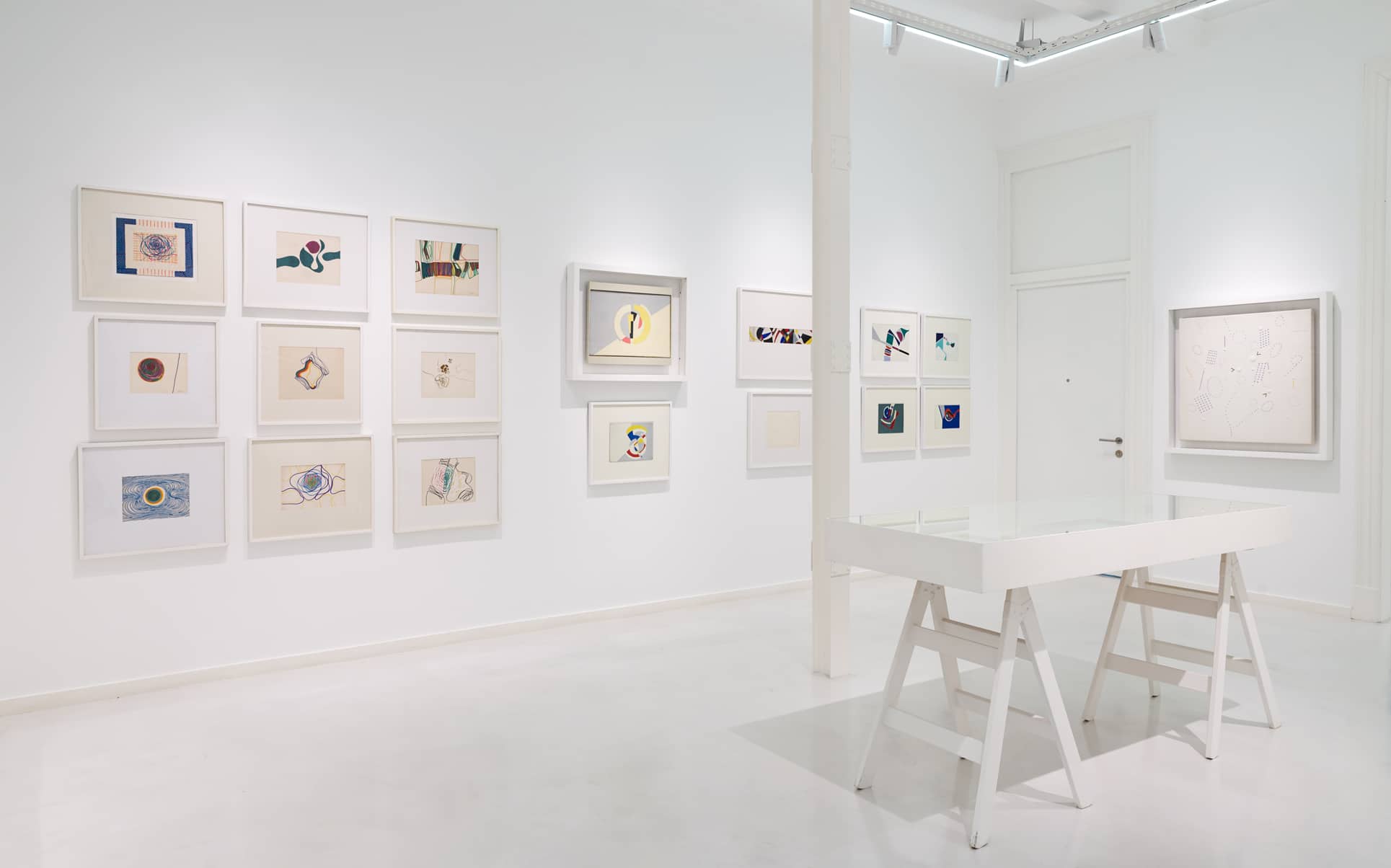 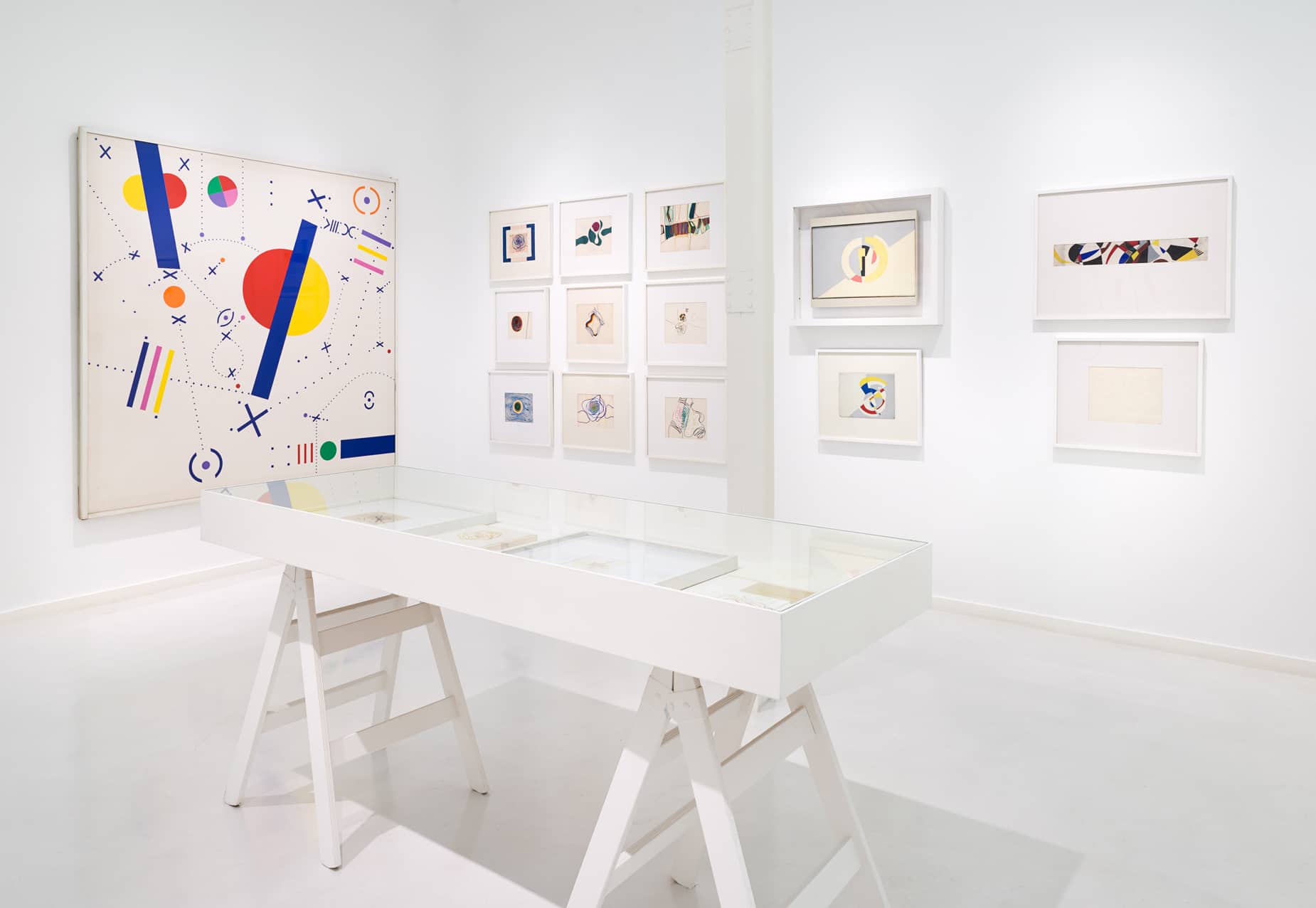 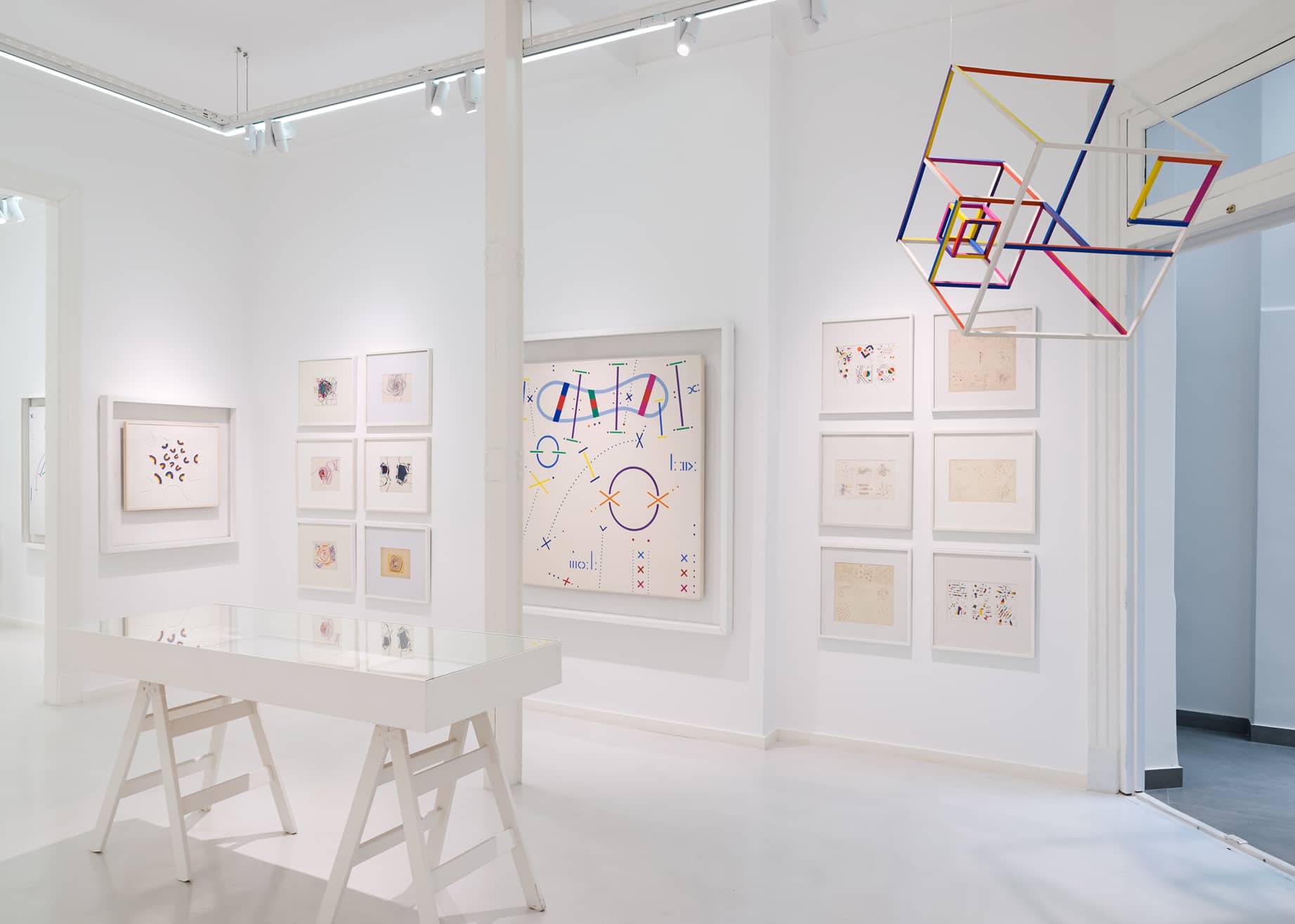 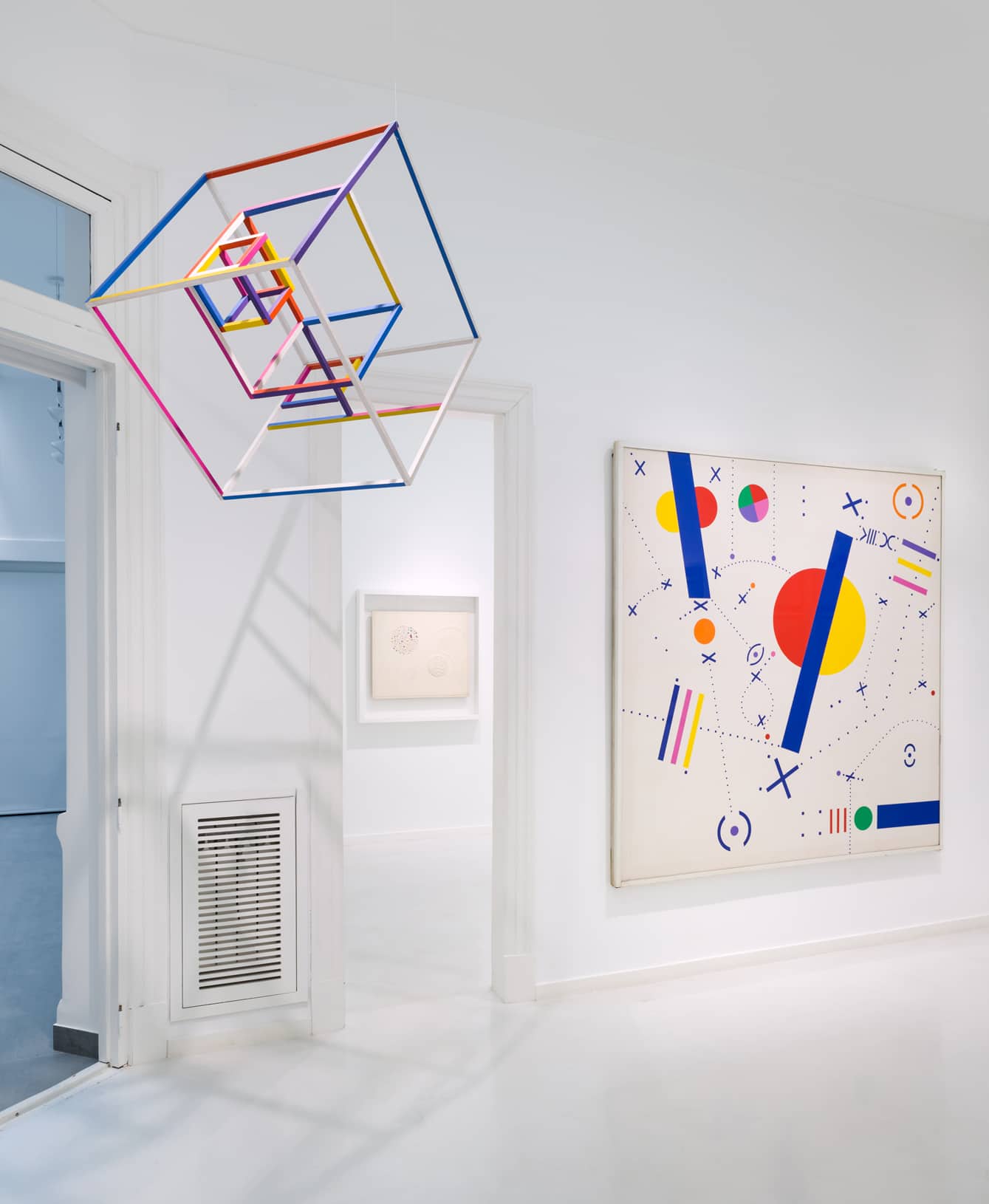 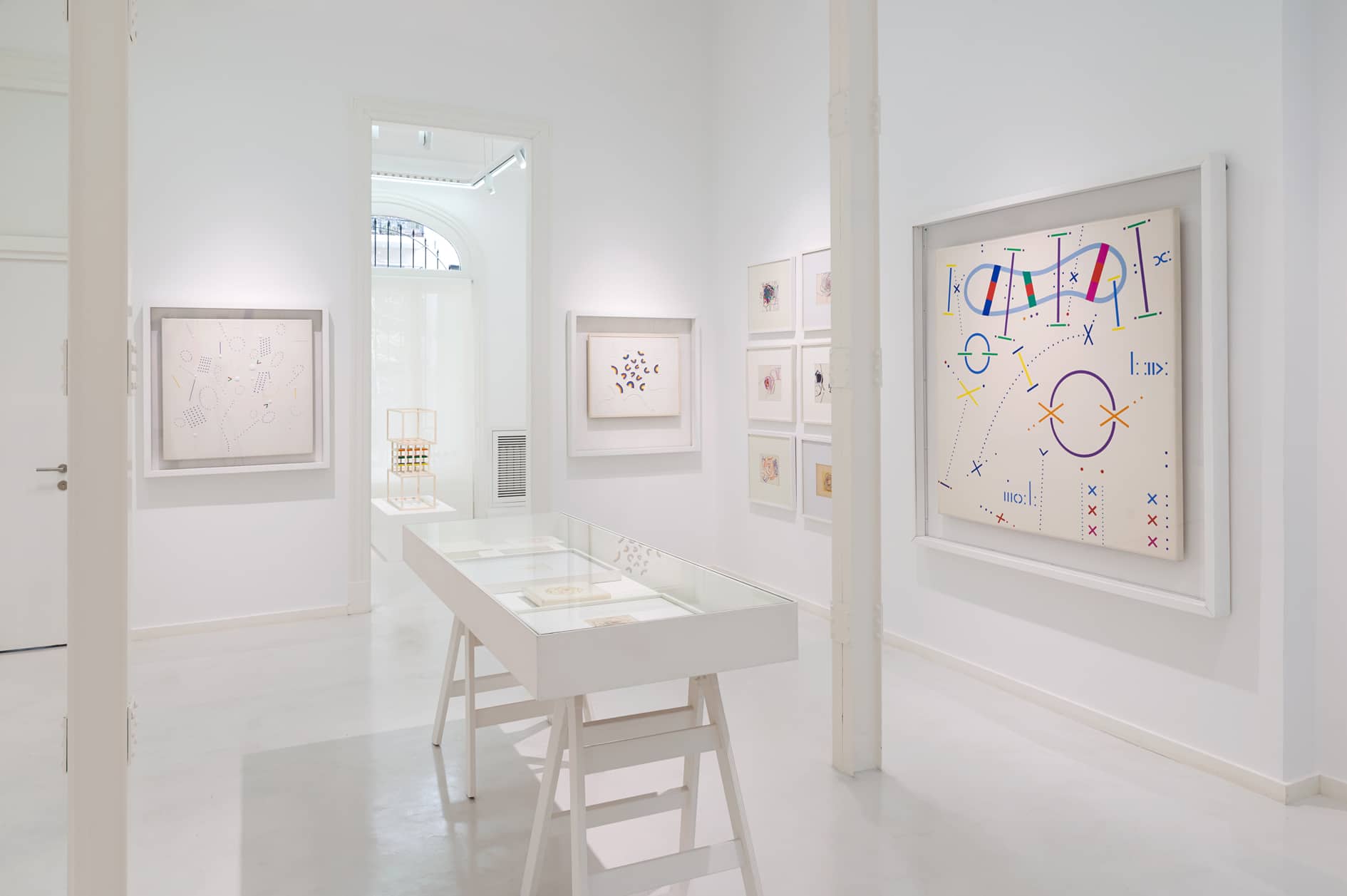 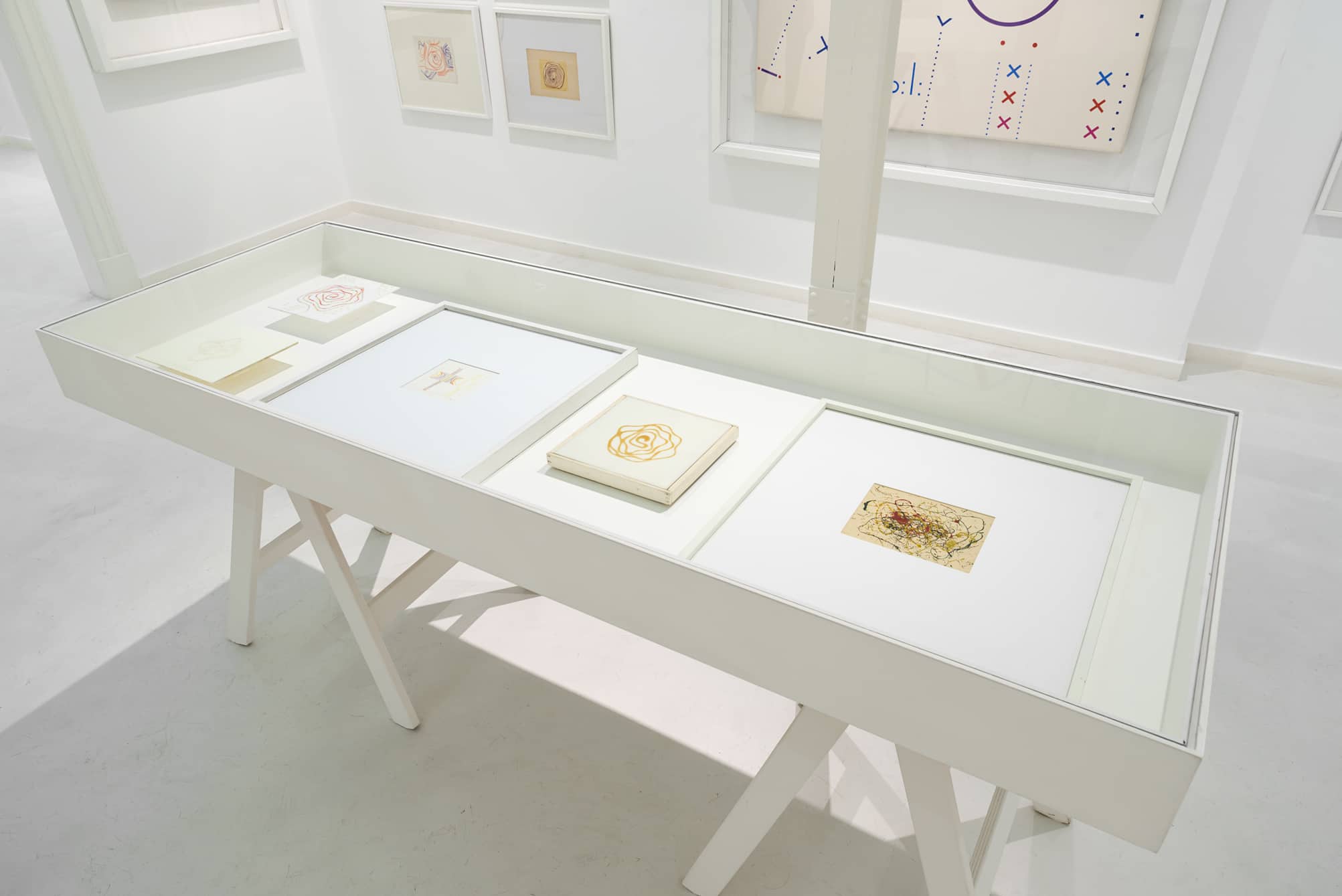 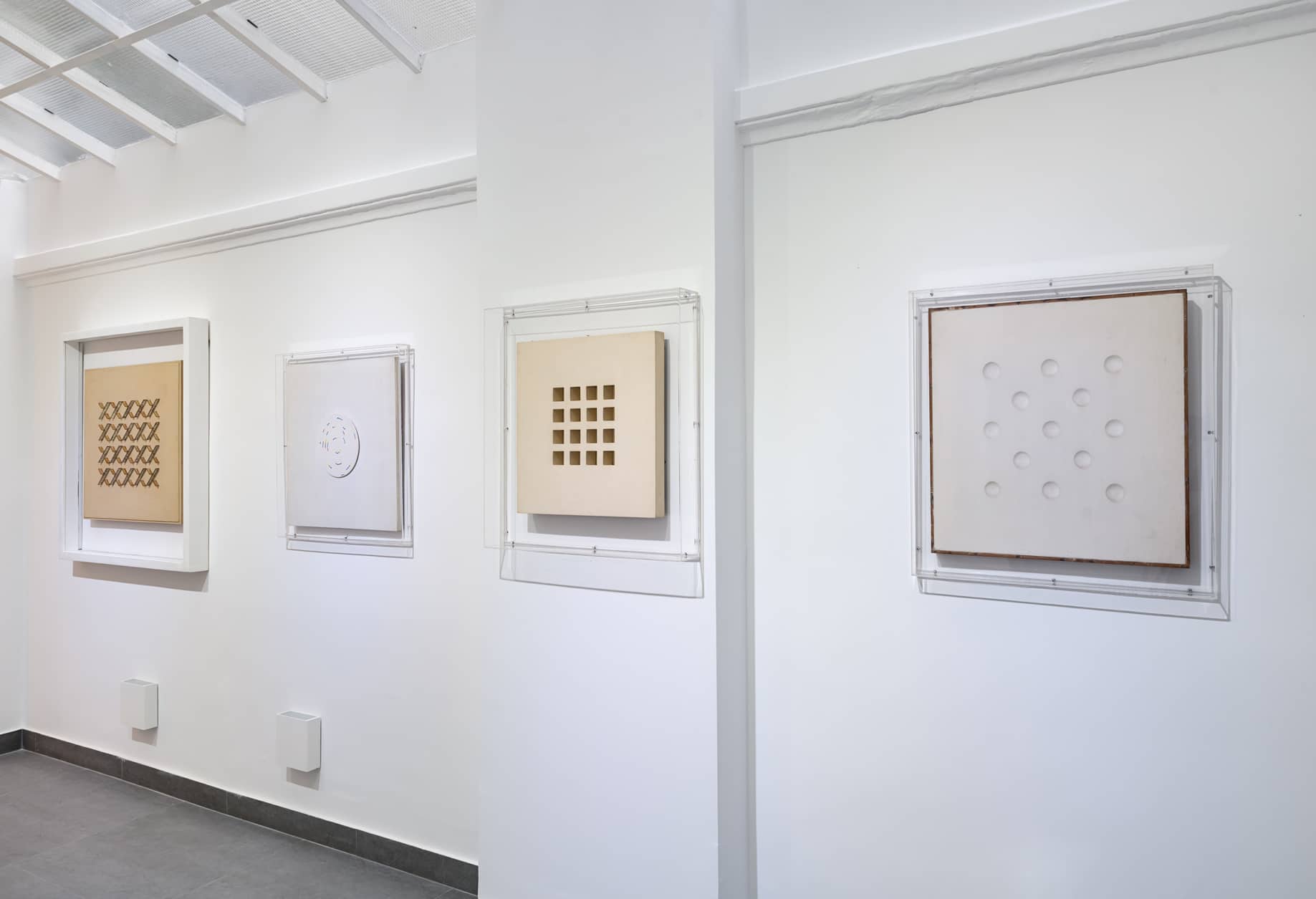 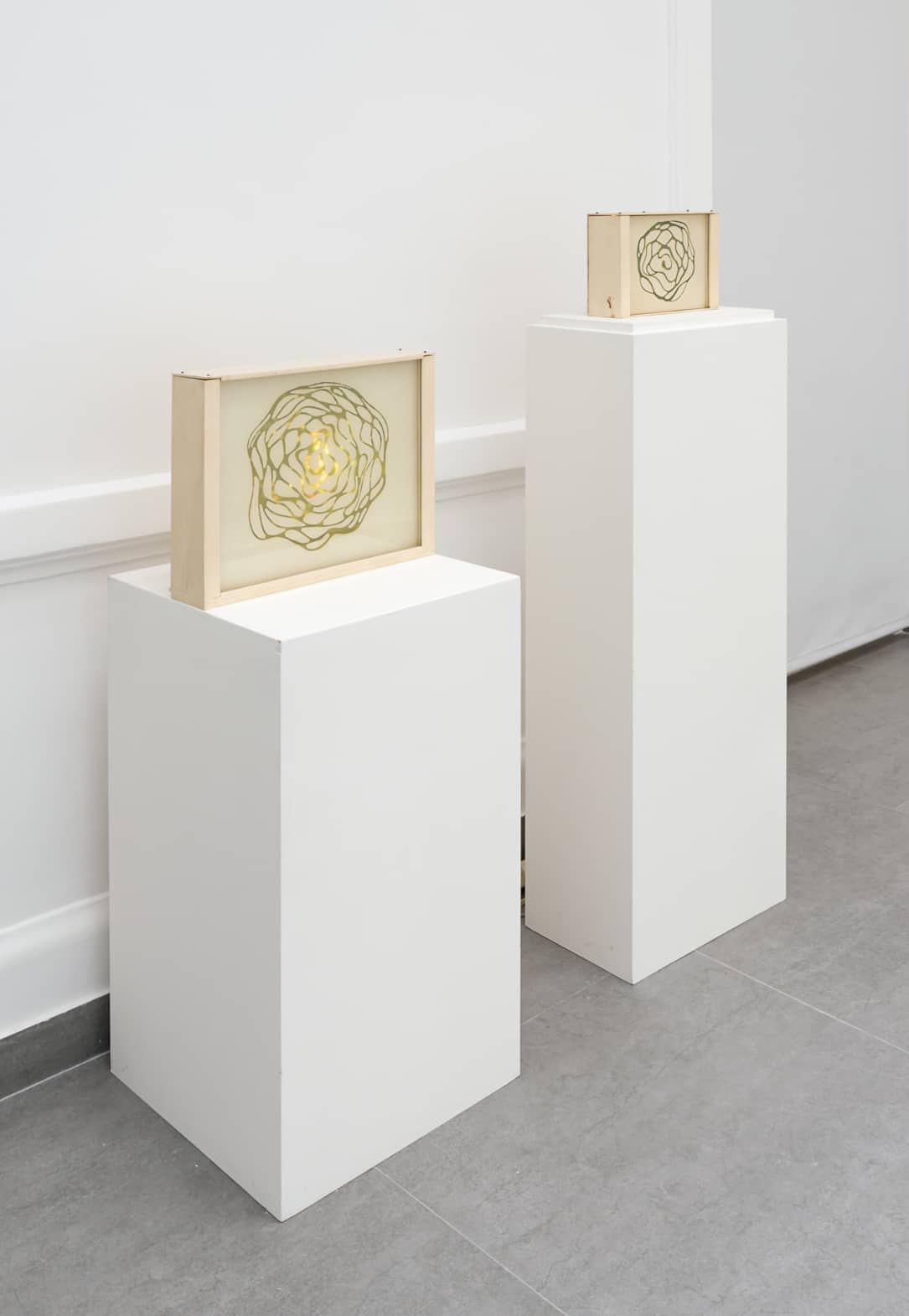 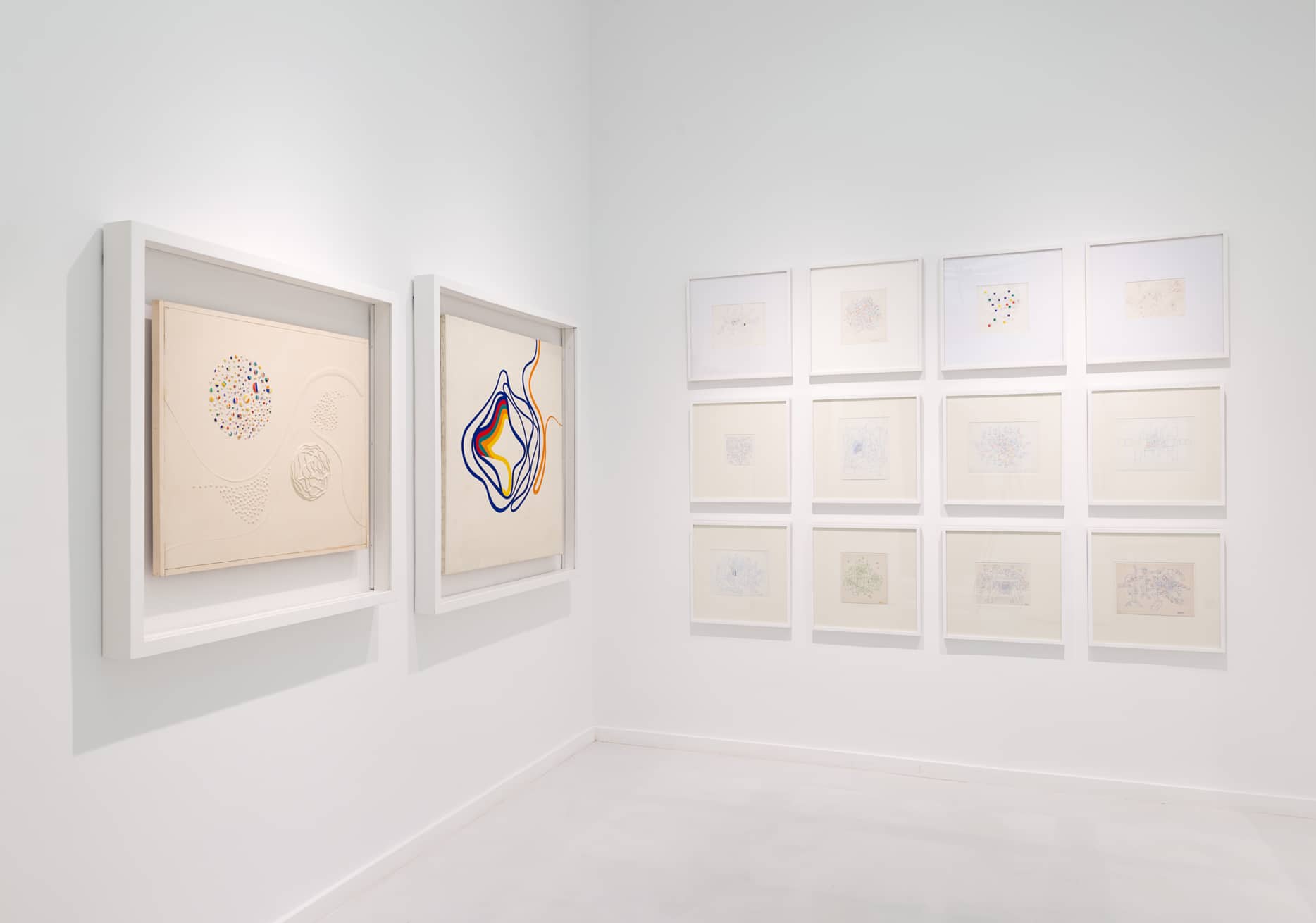 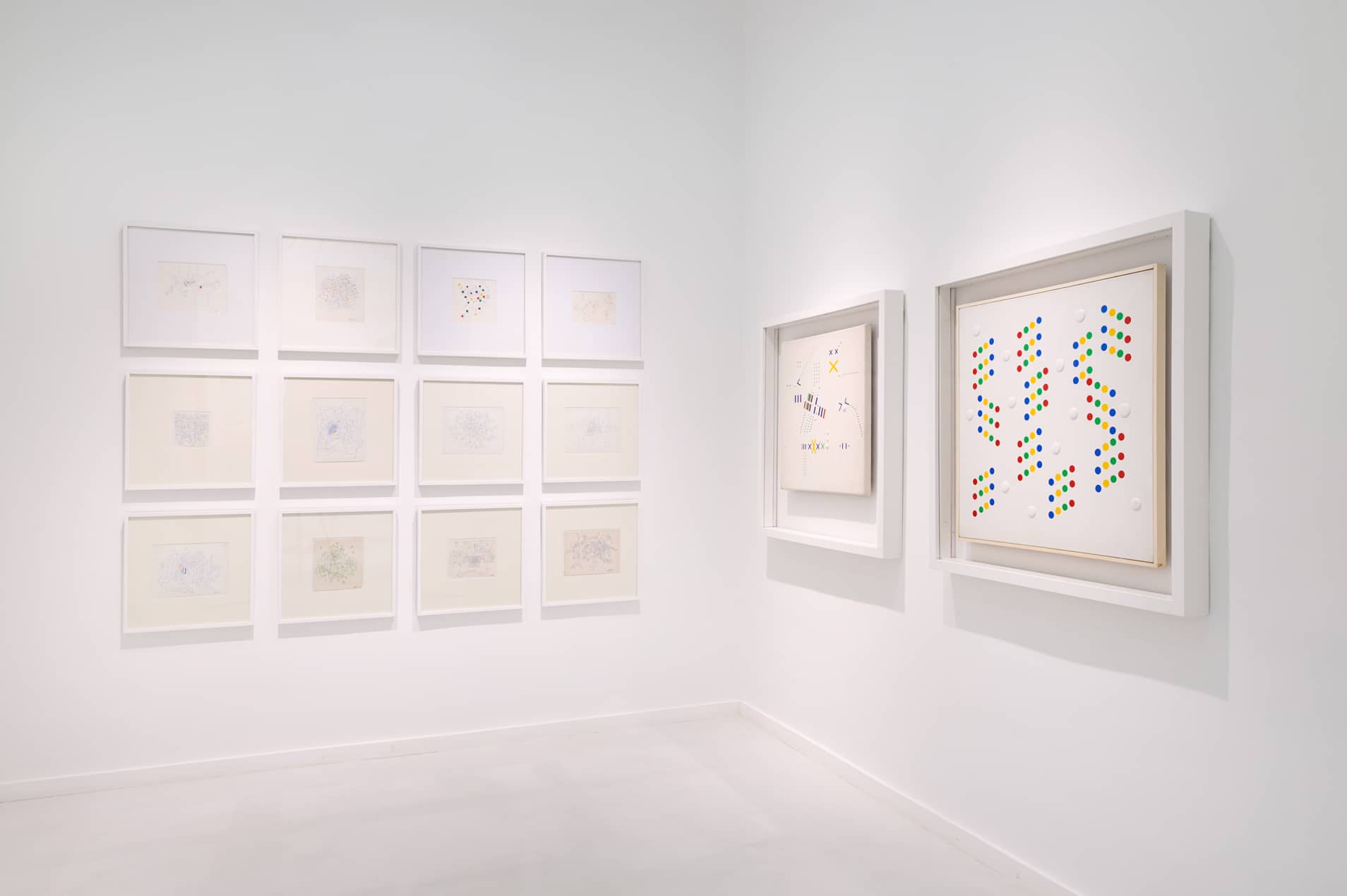