“I want my works to collide with the spectator with the same intensity that all their parts collide with each other, however small they may be. A nacre piece on a stain. The number next to a stone. A tinsel beast. A chimera of smoke. Beings measuring themselves with emptiness and a mirror to look at each other“.

Jorge de la Vega – works from 1961-1968 is a solo exhibition of argentinian artist  Jorge De La Vega, curated by Mercedes Casanegra. He was one of the most unique Argentine artists of the second half of the 20th century. He was an architecture student when he started painting in the mid 40s. His Bestiary (Los Monstruos) 1963-1966, and the Pop-Psychedelia / Black and White period, 1966-1971, are central moments of his production –to which correspond the works exhibited at the gallery-. Between these two periods he travelled to the United States, to Cornell University (Ithaca), and to New York. He later declared about this trip:
“The changes mobilize me. In New York I changed the theme. I said goodbye to the mythological figures and the search of man. America is such a powerful world and by contrast, man acquires relief. I left the collage and I dedicated myself to paint the happiness of the Americans¨.

These words express his feelings about the passage between the two periods of his production, that gave him the fame and importance he enjoys today as an Argentinean and Latin American artist. During his Pop stage, he also composed songs and dedicated himself to sing them in public, at night places in Buenos Aires. His lyrics are still resonating, of wit and remarkable psychological apprehension. His songs are still played by Marikena Monti, his partner in many shows.
De la Vega was part of the group called Nueva Figuración (New Figurations), along with Ernesto Deira, Rómulo Macció and Luis Felipe Noé, between 1961-1965. It was a group of four artists of remarkable talent and powerful individuality in which each one developed their own aesthetic discourse and together they constitute a fundamental chapter in the history of Argentine art.

Jorge de la Vega, in one way or another, always returns, and historians, curators, museum directors and collectors, revisit him constantly. His tribute exhibition at the Museum of Fine Arts in Buenos Aires, in 1976; his presence in Recordando al Di Tella exhibition at the San Telmo Foundation in 1985; his participation at the Sao Paulo Biennial in 1985; his “Puzzle” installation at the Costantini Collection exhibitions at the Museum of Fine Arts in Buenos Aires, in 1996, before the collector created his own Museum. The Malba Museum, dedicated an exhibition in 2003 with my curatorship, simultaneously with the publication of a book dedicated to his complete work by Editorial El Ateneo, which includes an essay in chapters and biographical chronology by Marcelo Pacheco, Francis Korn, Silvia Sigal and Sergio A. Pujol, with a prologue written by me.

On the other hand, the collectors in Buenos Aires holds him as a ‘spoiled child’. There were many gallerists and collectors who appreciated it from the first moment. Alfredo Bonino, Arte Nuevo, Vermeer, Ruth Benzacar, among others galleries. And, others abroad. His work participated in many international exhibitions.
The artist’s production is composed of a relatively limited set of oil painted works and collages or bricolages of acrylic paint -a technique he started working on in the United States-, ink, engraving, aquatint and etching and efasage. And, a parallel corpus is made out of his lyrics and his musical interpretation of the songs preserved in his album called “El gusanito”.

Although during the last fifteen years De la Vega’s work participated in numerous group exhibitions in Buenos Aires and abroad -including the group Nueva Figuración that exhibited at the National Museum of Fine Arts in 2010- as well as the collectors, the cultural institutions, the art experts, the gallerists, the market and the art students have kept the interest in the enormous artist that he used to be, his work has never been shown individually until today, with this exhibition.

Jorge de la Vega- works from 1961-1971  at Malba -Latin American Museum of Art- opened in November 13th, in 2003, fourteen years ago, and it is the closest antecedent to the current exhibition of a set of his work, at the MCMC gallery. 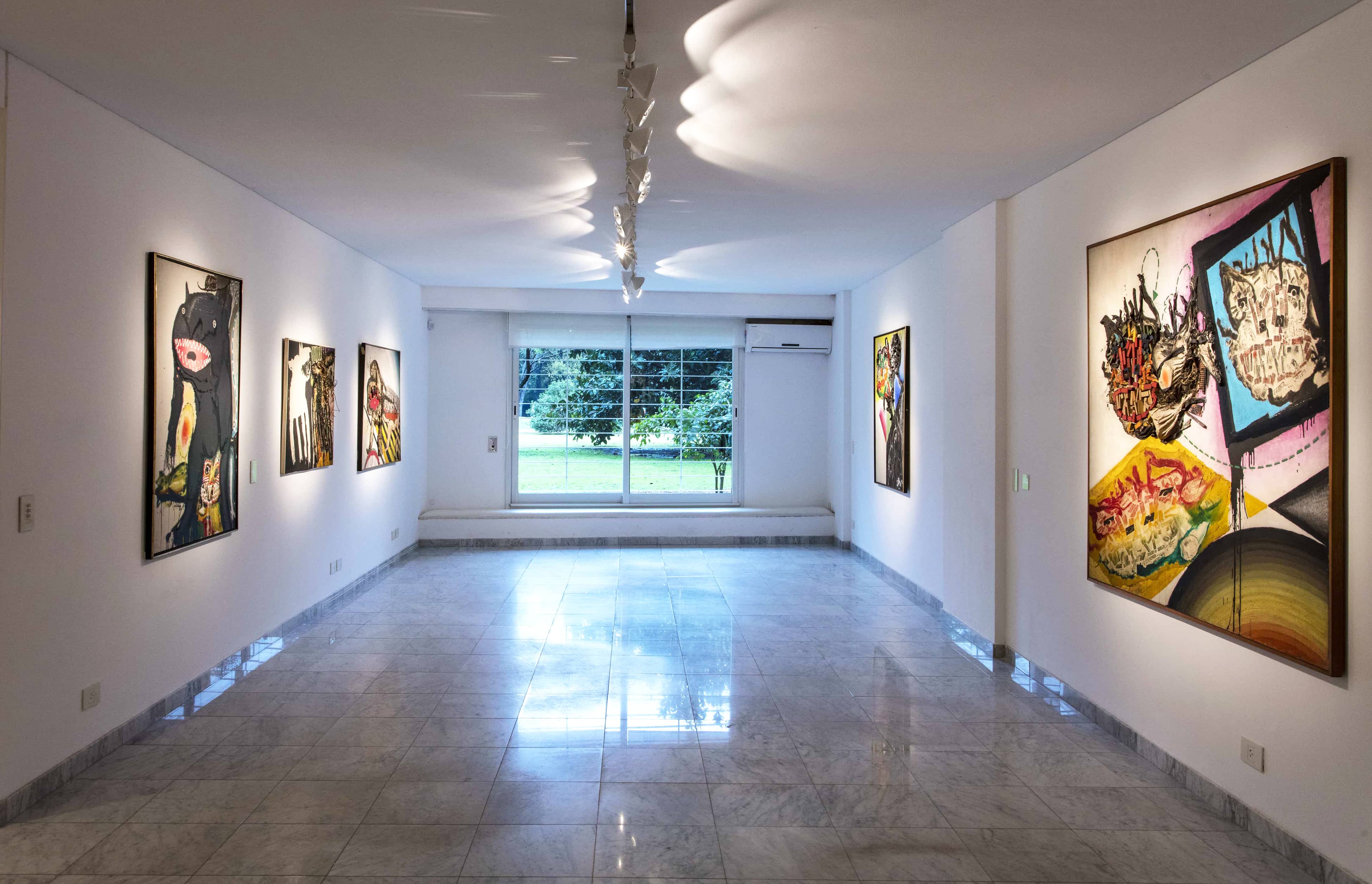 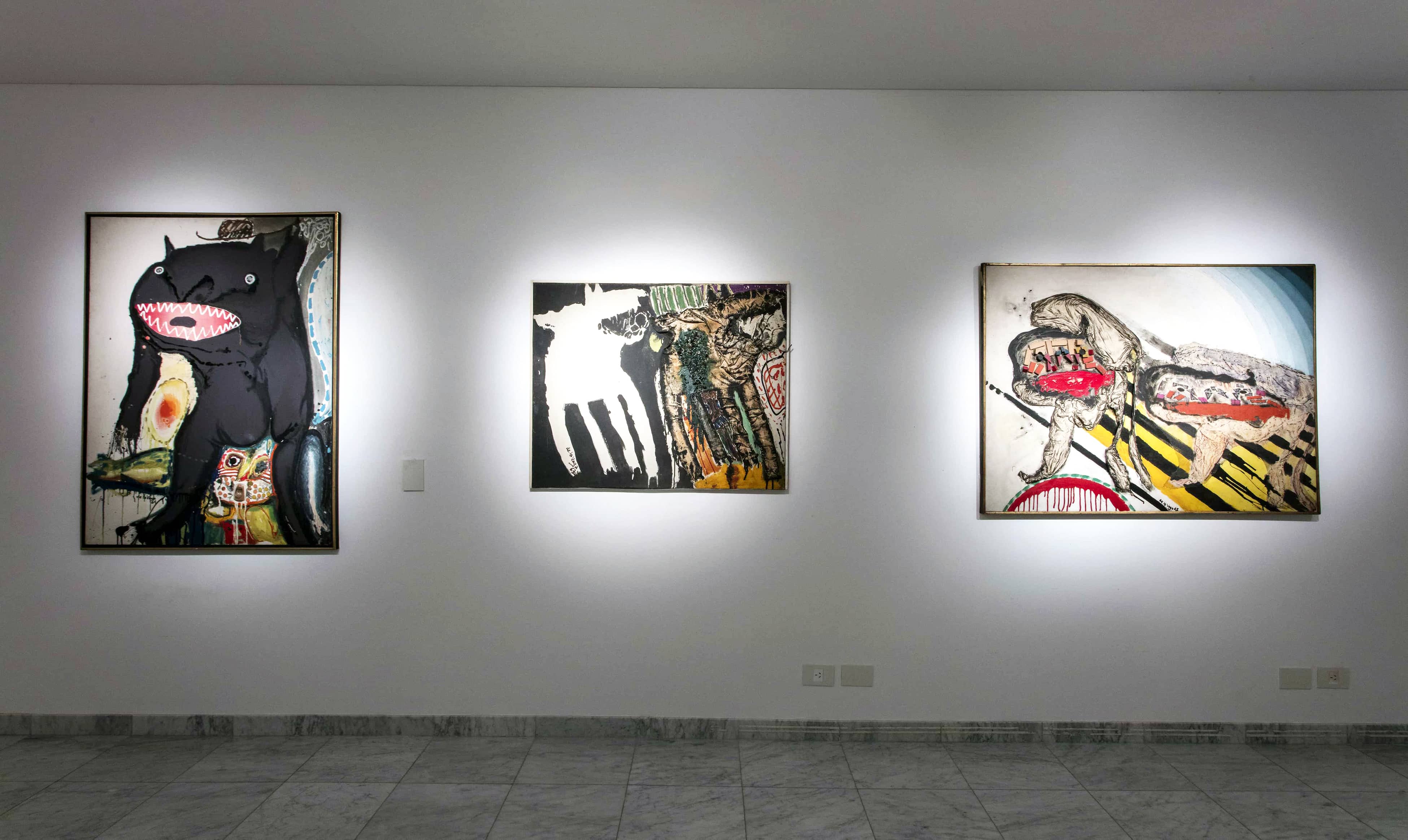 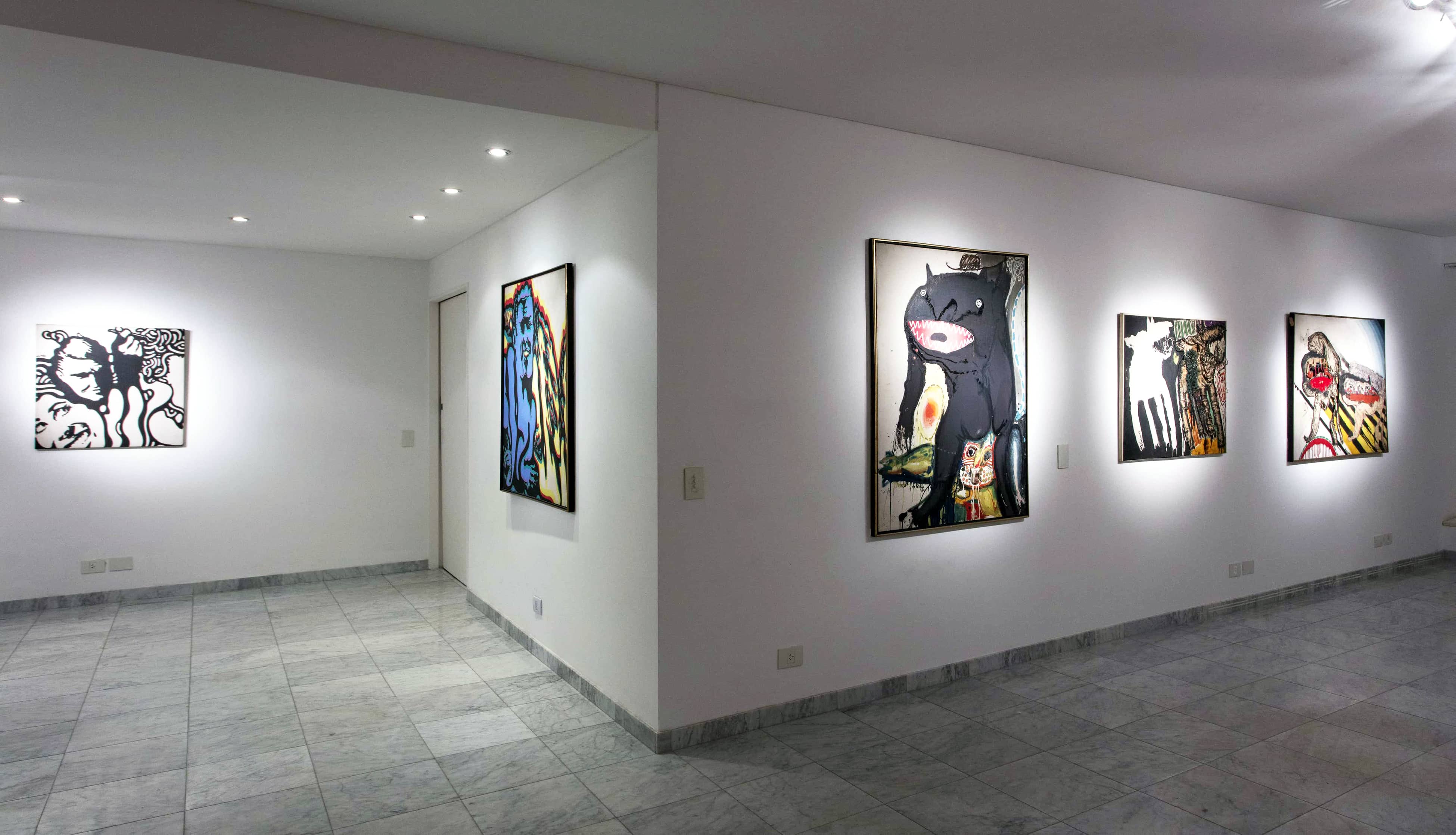 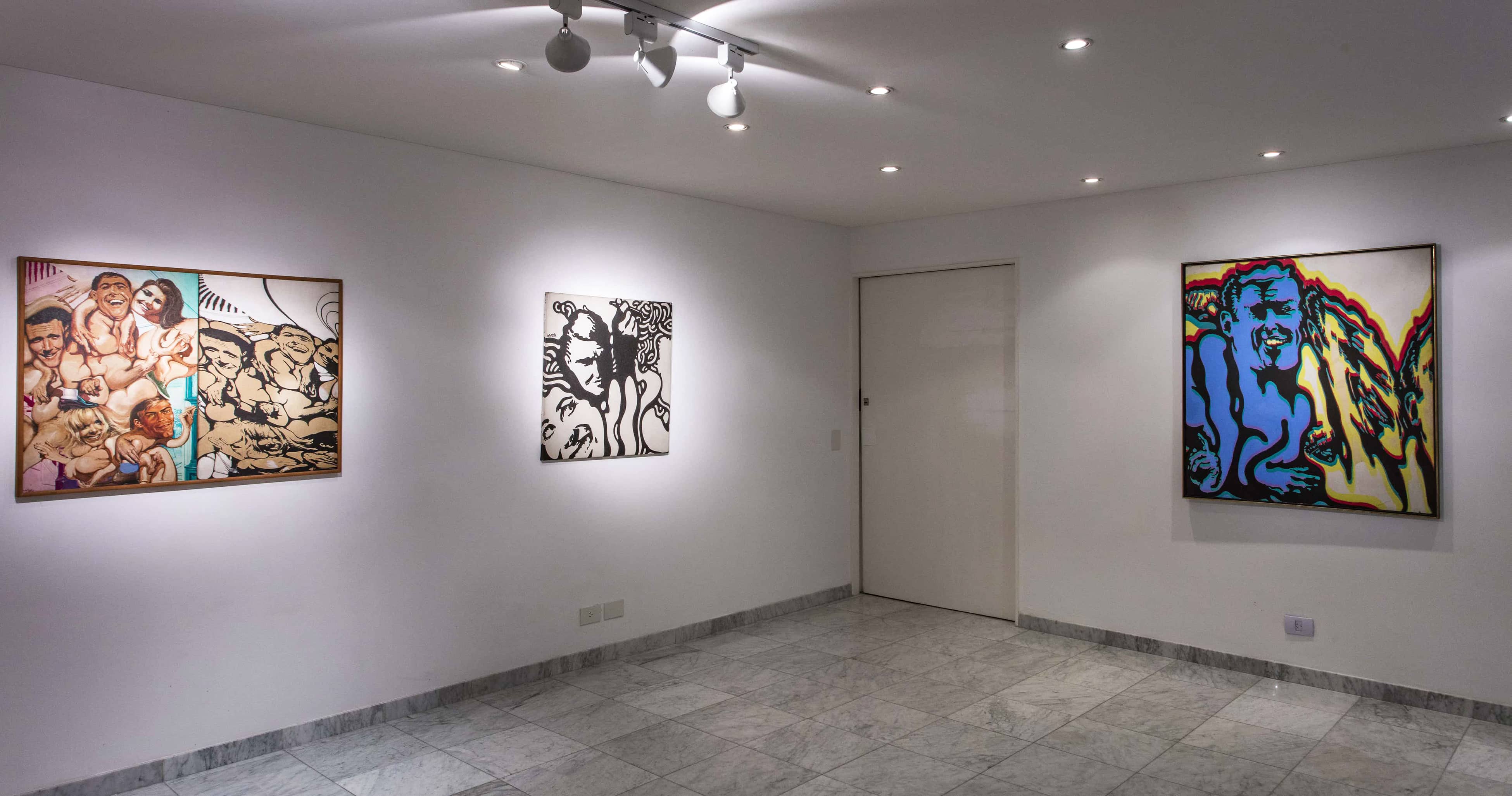