Edgardo Antonio Vigo (La Plata, Argentina, 1928-1997) studied at the School of Fine Arts of the University of La Plata. He worked in the Judicial Power of the Province of Buenos Aires between 1950 and 1991. In 1953 he received...
Read More
Close

Edgardo Antonio Vigo (La Plata, Argentina, 1928-1997) studied at the School of Fine Arts of the University of La Plata. He worked in the Judicial Power of the Province of Buenos Aires between 1950 and 1991.
In 1953 he received a scholarship and traveled to France where he was in contact with the international art scene. Back in Argentina he began to work on his “useless objects”. In 1955 he founded the Standard’55 group with Gigli and Guereña and started working on his first mathematical Poems. In 1956 he founded the Relativuzgir’s movement and in 1957 he exhibited his “useless machines” in the Judicial Branch Association.
Between 1958 and 1960 he published the WC magazine together with Gigli, Guereña and Comas, as well as the three issues of DRKW’60 of his exclusive authorship. In 1961 he participated in an exhibition invited by Grupo Sí. In 1962 he founded the Diagonal Cero magazine (28 issues until 1968) broadcasting experimental poetry focused on the diffusion of the Diagonal Zero movement that he integrated with Pazos, Gutiérrez and Ginzburg. In 1968 he published the manifesto Un arte a realizar, which he defined as: “a touchable, pointing, expanding, playful, participatory, absurd and contradictory art”.
From 1968 to 1992 he made a series of actions on the public highway called “Señalamientos”, which tended to create a disorder in the daily order. “Bundle of Semaphores” is one of his most recognized actions.
In 1968 he also made the inedible mathematical Poems enclosing some mysterious object in two tuna cans welded together. In Paris he edited his Baroque Mathematical Poems that allowed the public to compose their own poems by manipulating a set of colored planes. He also founded the Museum of Xylography, a traveling institution that consisted of boxes of works ready to be mounted and displayed. In 1969 he presented the film White on White: Homage to Kasimir Malevich, projected behind the public’s back; organizes the International Exhibition of New Poetry at the Di Tella Institute of Buenos Aires and edited Obras (in) completas, a set of labels that the receptor can attach to any object transforming it into a visual poem.
Between 1971 and 1975 he published the Hexágono’71 journal, dedicated to experimental theory and poetry. In 1975 he organized the last art-mail exhibition together with Horacio Zabala. He also participated in some of the activities organized by the CAyC, such as the Art of Systems exhibition at the Museum of Modern Art in Buenos Aires, in 1971. In 1976, with the arrival of the military dictatorship in Argentina and the forced disappearance of his son , the work of Vigo acquired a political aspect and the art-mail circuit was its vehicle to spread the atrocities committed during the de facto regime.
From 1980 onwards he devoted himself mainly to the production of mail art, actions, objects and woodcuts. Proletarian Chess (1983-87) belongs to this period. Together with Graciela Gutiérrez, Marx forms the collective G.E.Marx-Vigo, which works together for seven years.
In 1991, a retrospective of his work was held at the San Telmo Foundation in Buenos Aires. In 1994, he integrated the Argentine shipment to the XXII Biennial of San Pablo (Brazil), along with Pablo Suárez and Libero Badii and made the 1954-1994 exhibition at the Visual Arts Foundation of La Plata. In 1997 he opened the solo exhibition at the Institute of Ibero-American Cooperation (Spanish Cultural Center of Buenos Aires) and formed the Argentine selection of artists who participated in the 1st Mercosul Biennial in Porto Alegre (Brazil).
In 2003, an anthological exhibition of his work was held at the Fundación Telefónica de Buenos Aires. In 2008, machinations were inaugurated. Edgardo Antonio Vigo: Works 1953-1962 at the Cultural Center of Spain in Buenos Aires, which was then presented at the Museum of Contemporary Art in Rosario and the Provincial Museum of Fine Arts of La Plata.
In 2016 the Museum of Modern Art of Buenos Aires (MAMBA) performs Edgardo Antonio Vigo, permanent factory of creative chaos, Obras 1953 – 1997, an exhaustive retrospective of his work. 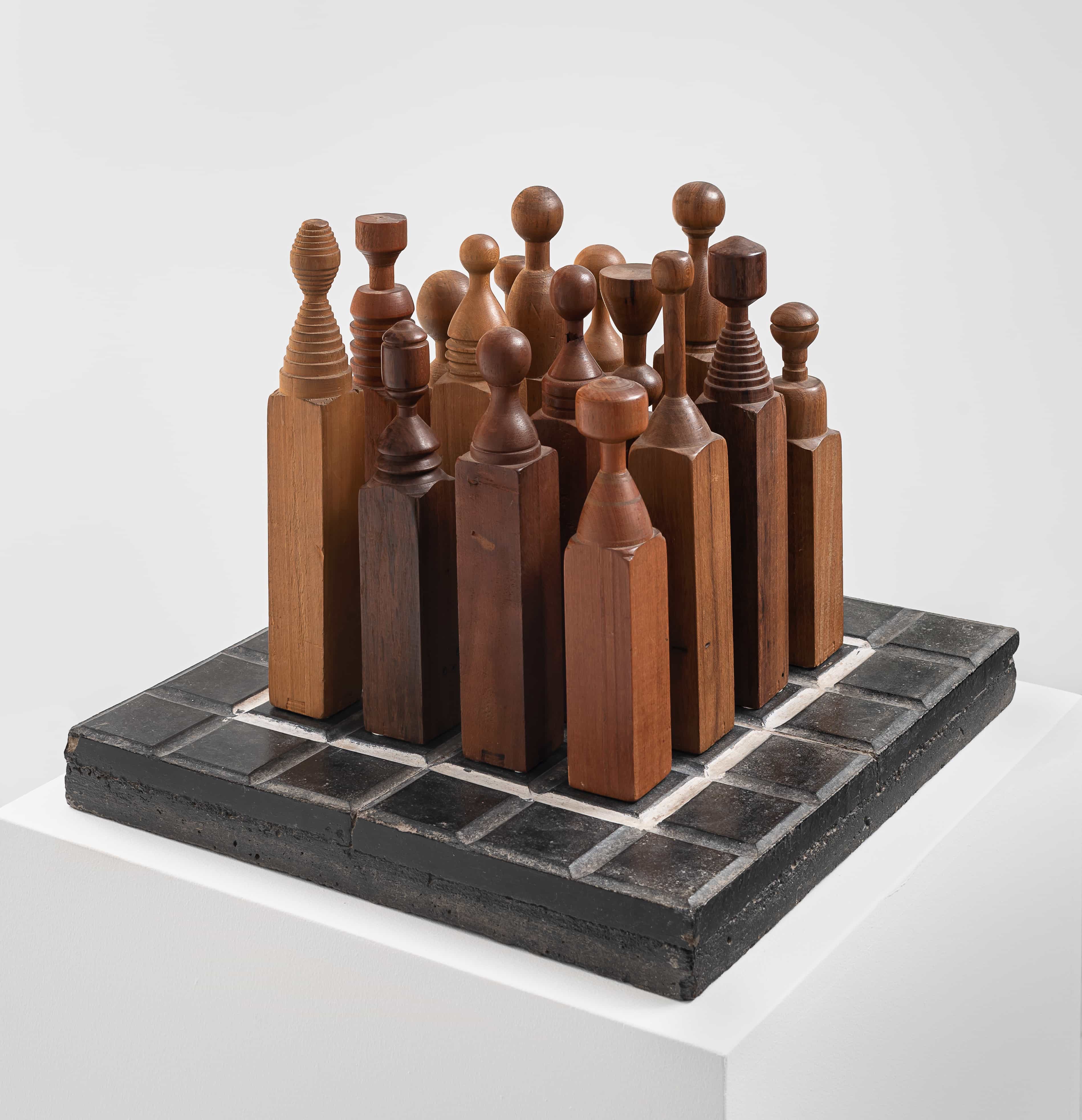 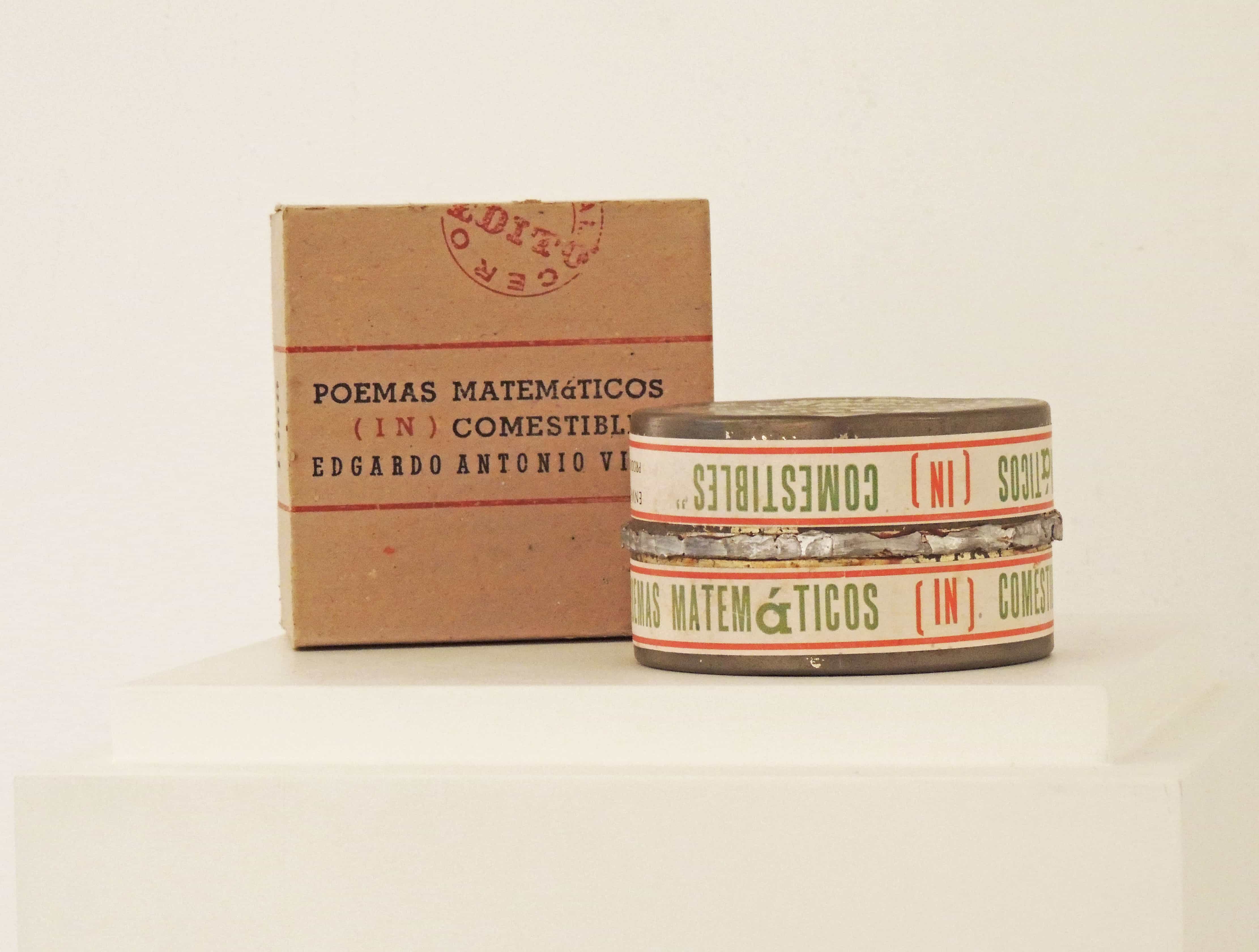 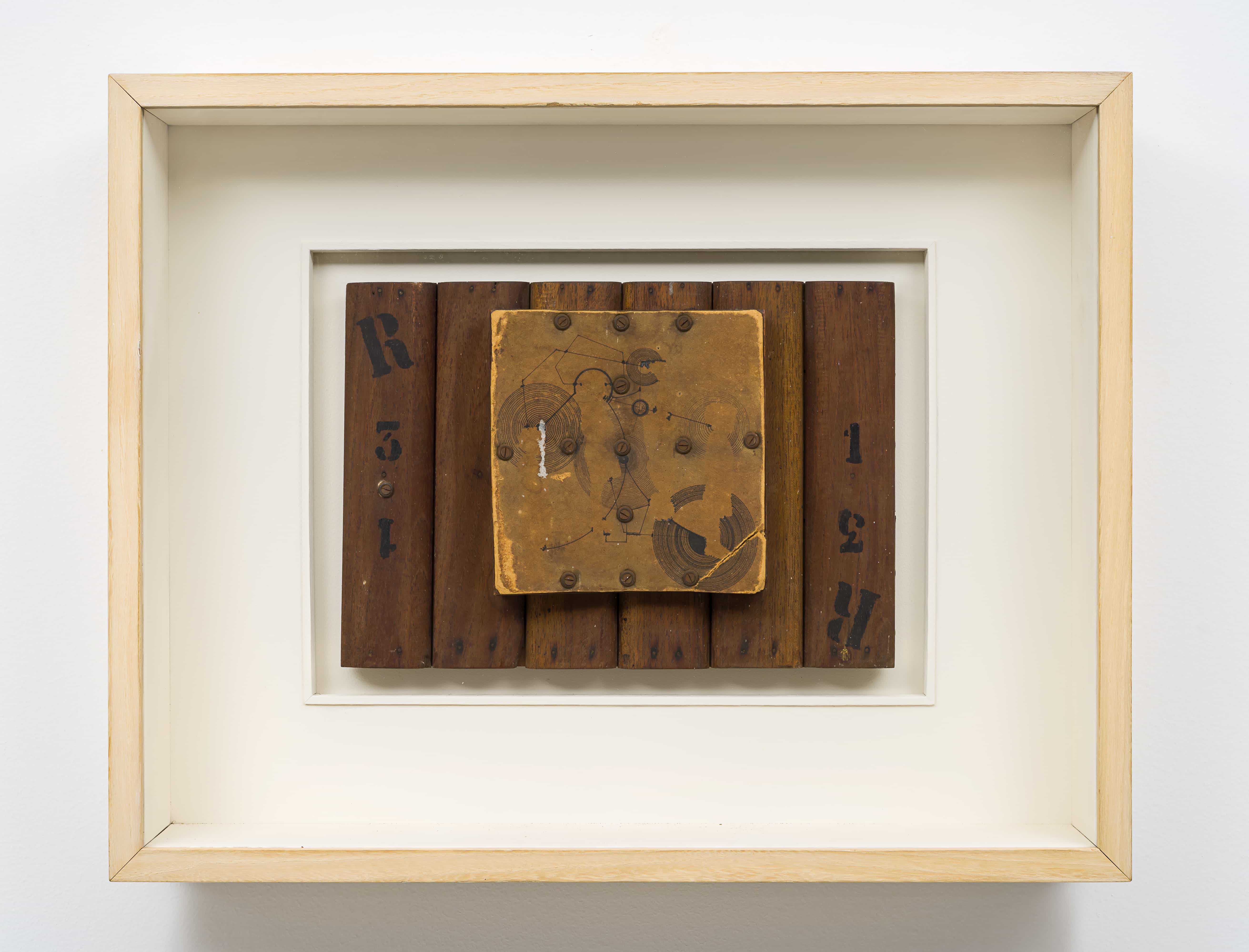 Machine impossible to triple or unify, 1957, 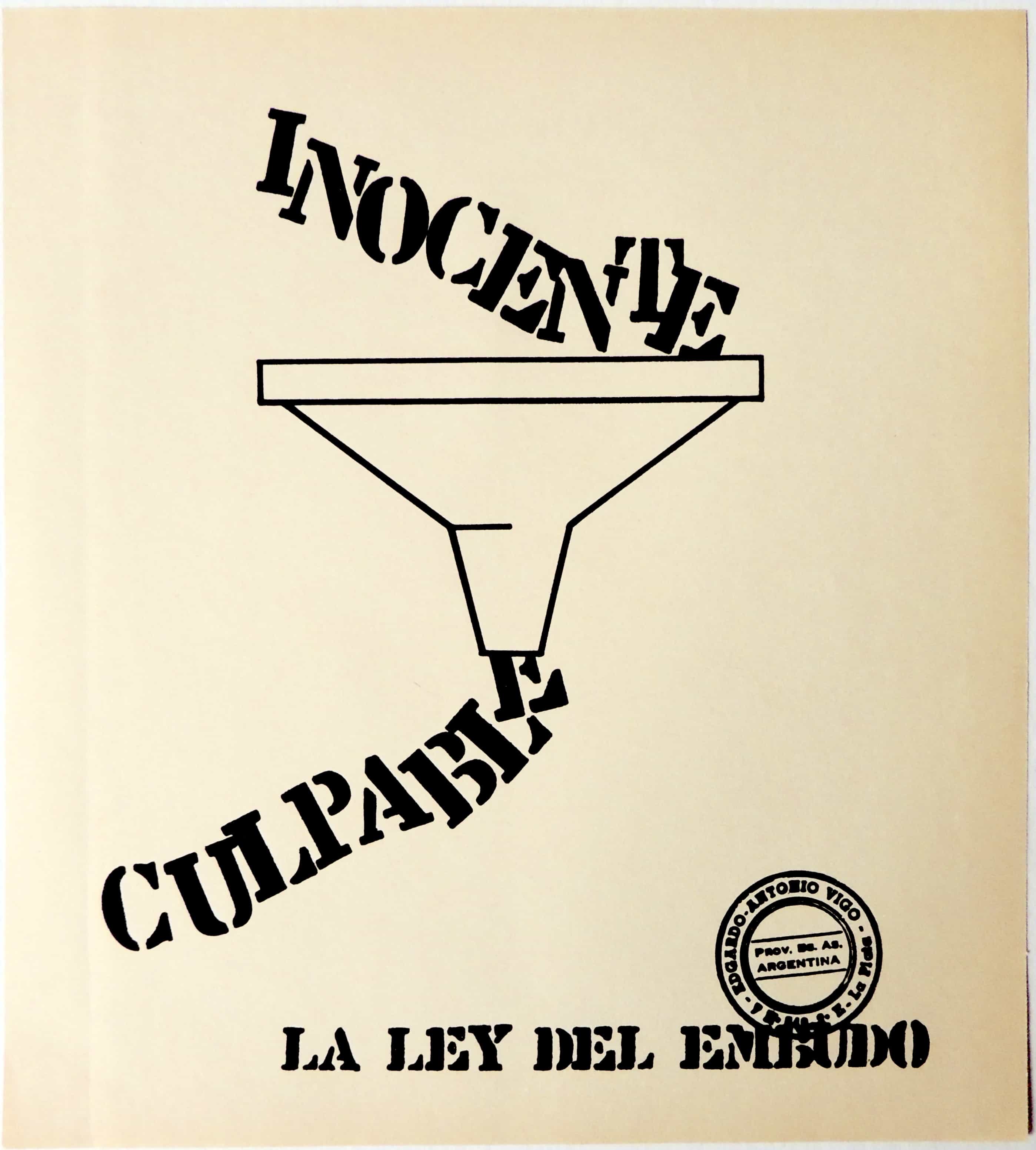 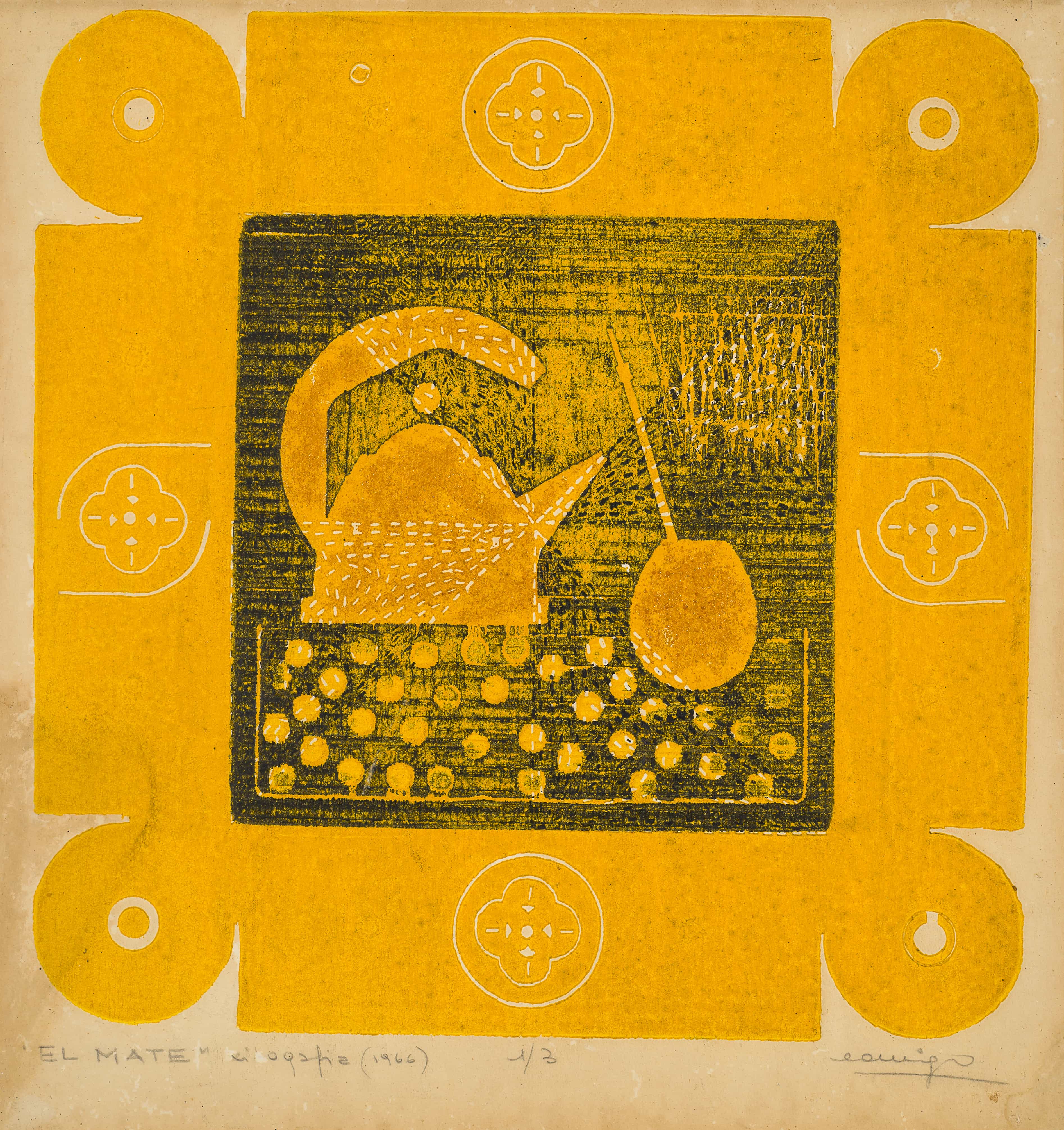 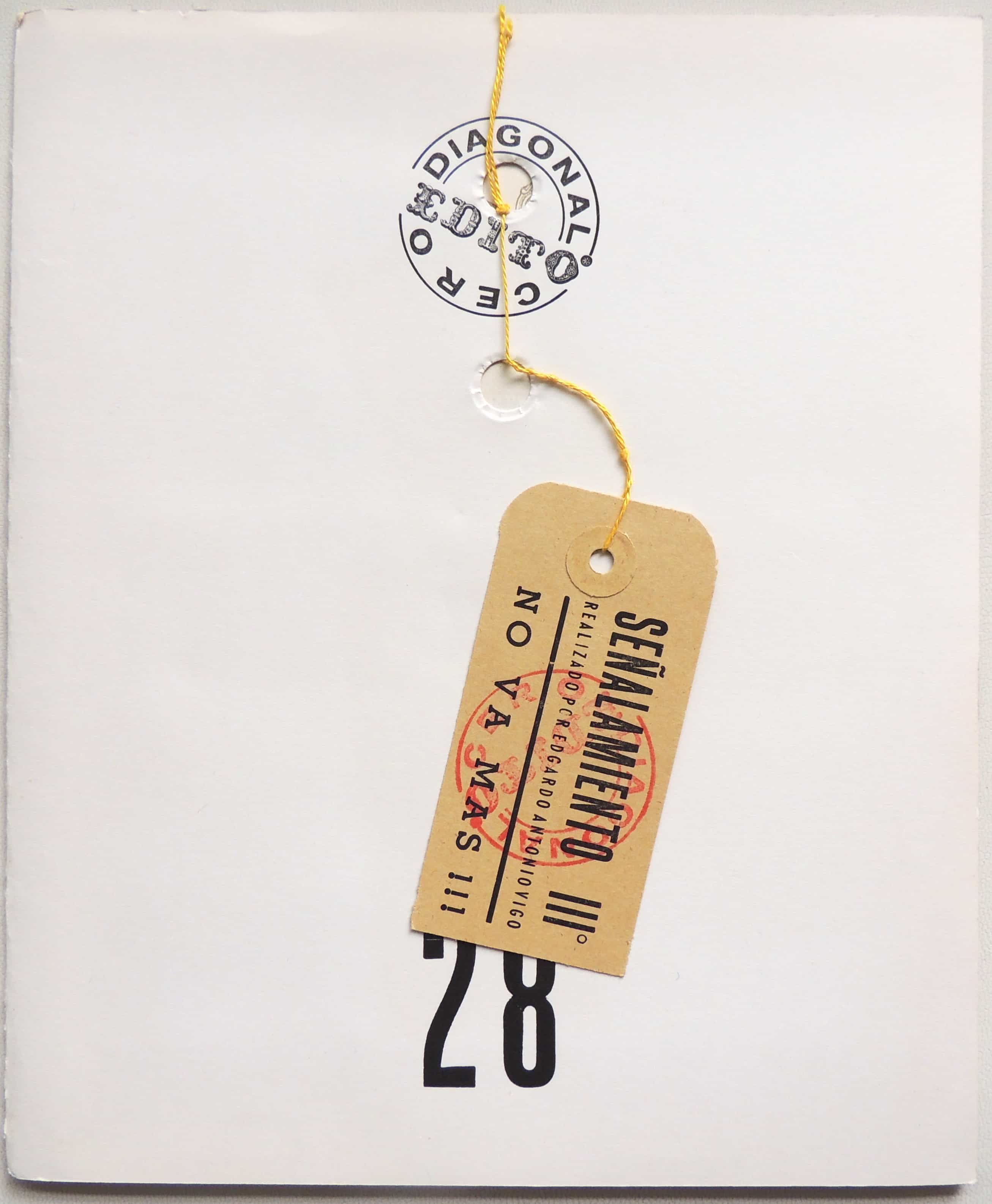