Edgardo Giménez – Once upon a time…

Edgardo Giménez is presenting at María Calcaterra gallery “Once upon a time… “ an exhibition that is a small anthology with works from different periods.

Laura Batkis, curator and great friend of the artist, met with Edgardo to talk  and do this interview in which Giménez makes his interests clear and his position about art.

Laura Batkis: What is the function of art, or what is it for?

Edgardo Giménez: The art has to serve to make you feel good and happy. If the art doesn’t  have an important rol in your life is because you are not in front of a work of art. I mean, art has to be put to the test. The real art does not leave you unharmed.

LB: It has to make the viewer happy and whoever believes it,

EG: Im already happy to did it. The real true artist do whatever it want, like it or not to the people. No net. I have to thank God that gave me the posibility to choose what

is to be in connect permanent with the creation.

LB: The exhibition is the best part?

EG: No, the major part is when im making the piece of art and its

LB: It came to you often?

EG: ¡¡¡Yes!!! ¡¡I have a facility for it occurs to me that you don´t know!! I have one instant creativity, like coffee.

EG: ¡Connected! With something.

LB: Do you write your ideas?

EG: No. It´s all about memory. It can think of works that are triggers to make an exhibition.

EG: Im not interested. Because it doesn´t moves you.

LB: And if one idea active the thought?

EG: ¡Art is visual! If you want to make a text, you have to dedicate to write. You have to choose lenguage. And if it not

LB:When did you realize that you want to become an artist?

EG: At the age of 4. Lets say that i always knew it. I loved the Walt Disney world, that was one of release to enter to the creation.

LB: And then you realize that art let you scape of every day life

EG: Yes, that cames naturally for me.

EG: Yes, and more now that the world is getting worse, there´s no breathing. The salvation that i have always had is to be linked with creation, a place of pleasure, in which im not at all isolated from what is happening outside, im aware of everything.

LB: I mean, it´s not necessary to be in a place suffering without allowing some things

EG: i don´t believe in suffer at all.

EG: I always consider that being alive is a big blessing. The thing is that the vast majority of people either don´t know what they want and don´t know what turns them on happy. It is very serious and rare, they think that the thing is on one way and then they realize no, not on that way, that it was another, but they dont even know which one is the other either.

LB: And you realice very quickly which way was…

EG: Yes. Im from Santa Fe, when my aunt took me to the movies to watch snow white i came out levitation.

LB: Is the proposal you give to the people, to enter that world of imagination.

EG: I´ll tell you an anecdote. There was a marriage that was fighting in the room where there was a work of mine, a cute one. Since she was waiting for the monkey to looked at her, she told her husband to go to the other room because the monkey wouldn’t let her concentrate on the fight. That sounds great to me. After this, i made the house for her, and one day she told me that she had a defect, and that is that she would not let her leave the house because she was very happy there. That’s what happens to people when they enter that orbit, they don’t want to leave anymore. This is the idea with art.  That they realize that there is a different way of living, that it is better, more pleasant. Being in daily contact with beauty is good. It is like listening to a wonderful sound of a brilliant composer that reaches you somewhere, that only that sound reaches you. When you have the radars to listen to that, you live better.  It is about appreciating all the things that help you to live better.

LB: In this exhibition there will be works whose sketches are from the 60’s and 70’s, making work physics of previous works that you had draw.

EG: Yes, the skyscrapers, for example. They will have lights inside. I think that’s a great thing of the big cities where everything is light and such an incredible scenography.

LB: There is something parodic in your works

EG: There are always parodies, of course. There are humorous comments about reality. For get out of the everyday that is overwhelming.

LB: Are you excited to do this exhibition? 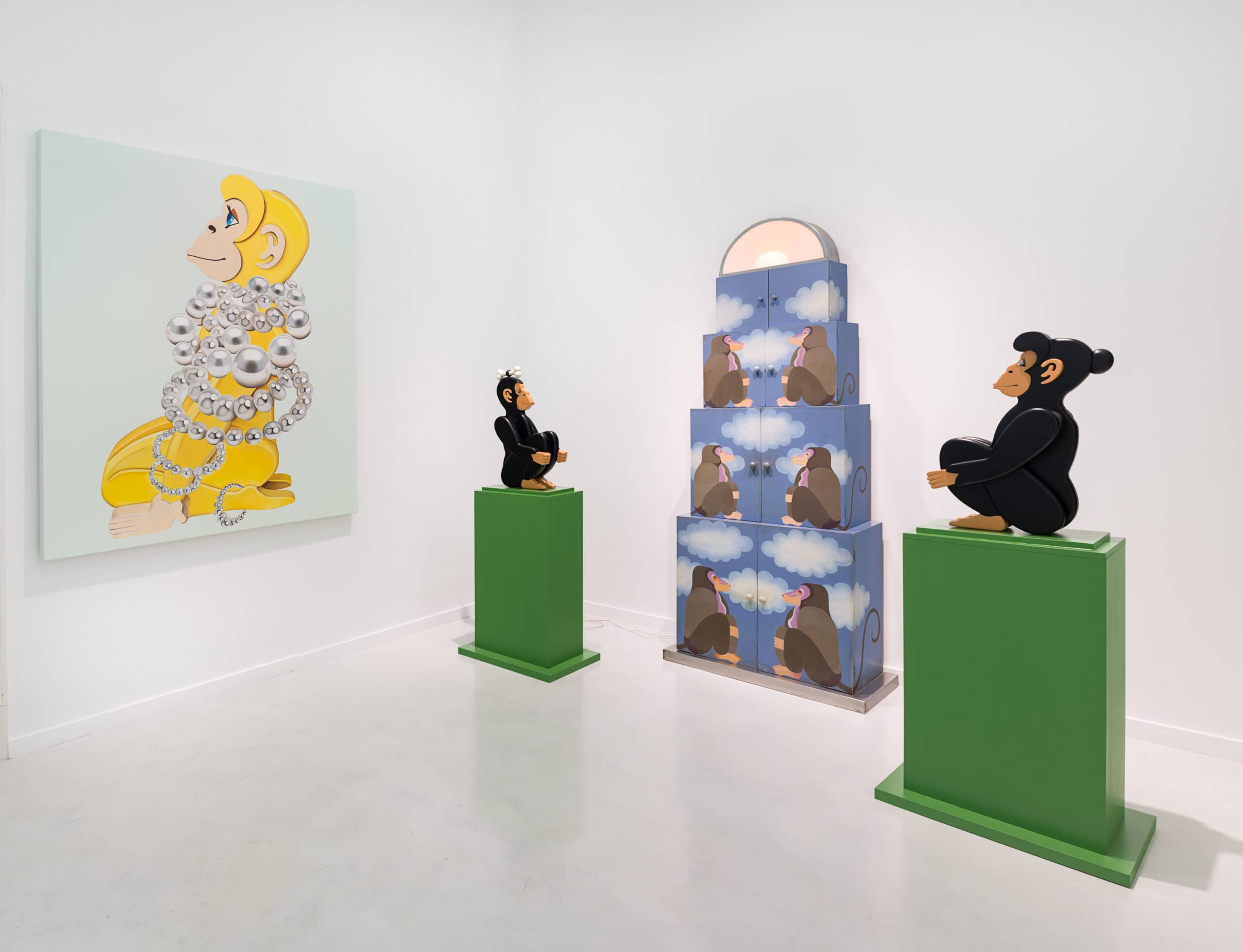 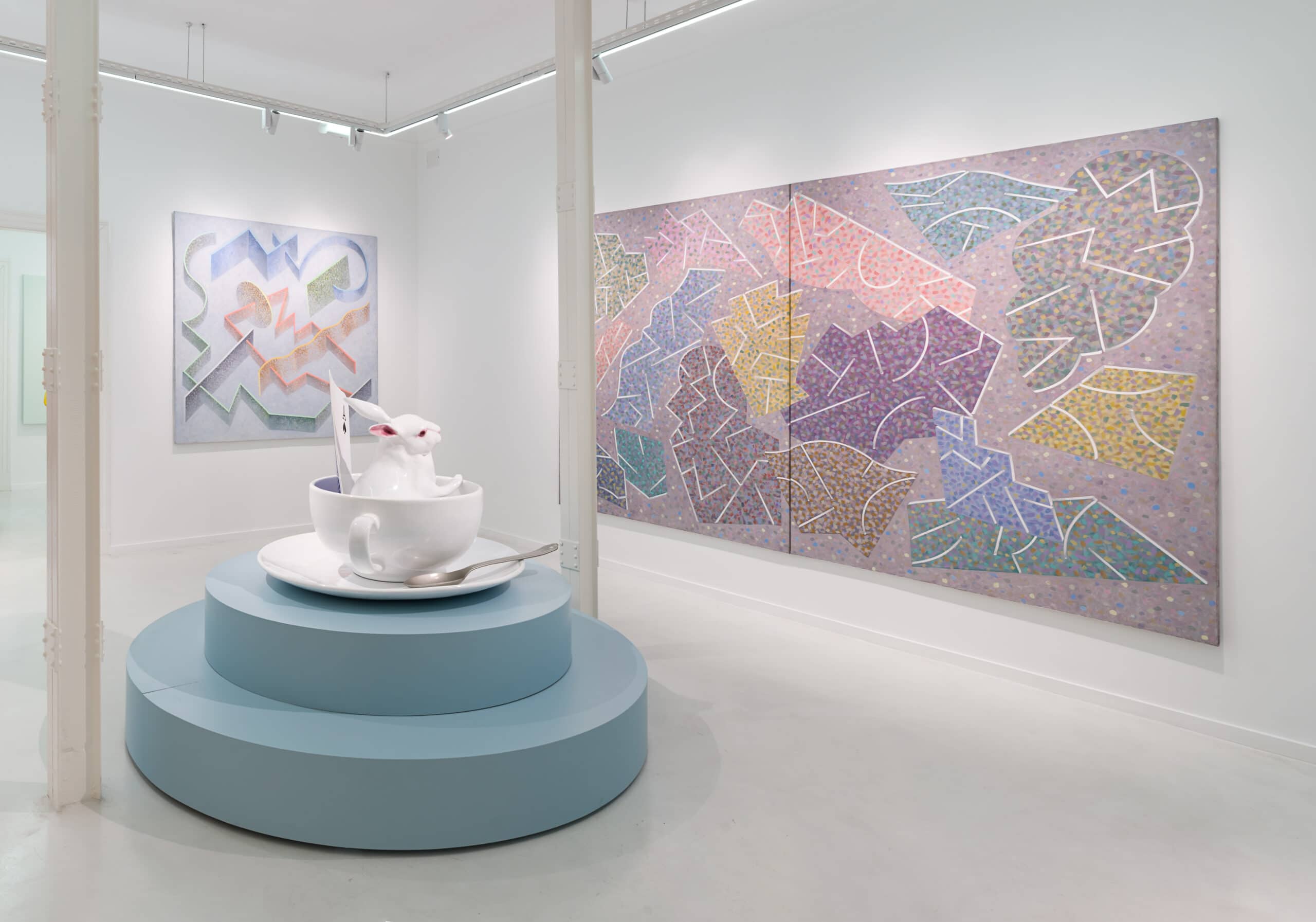 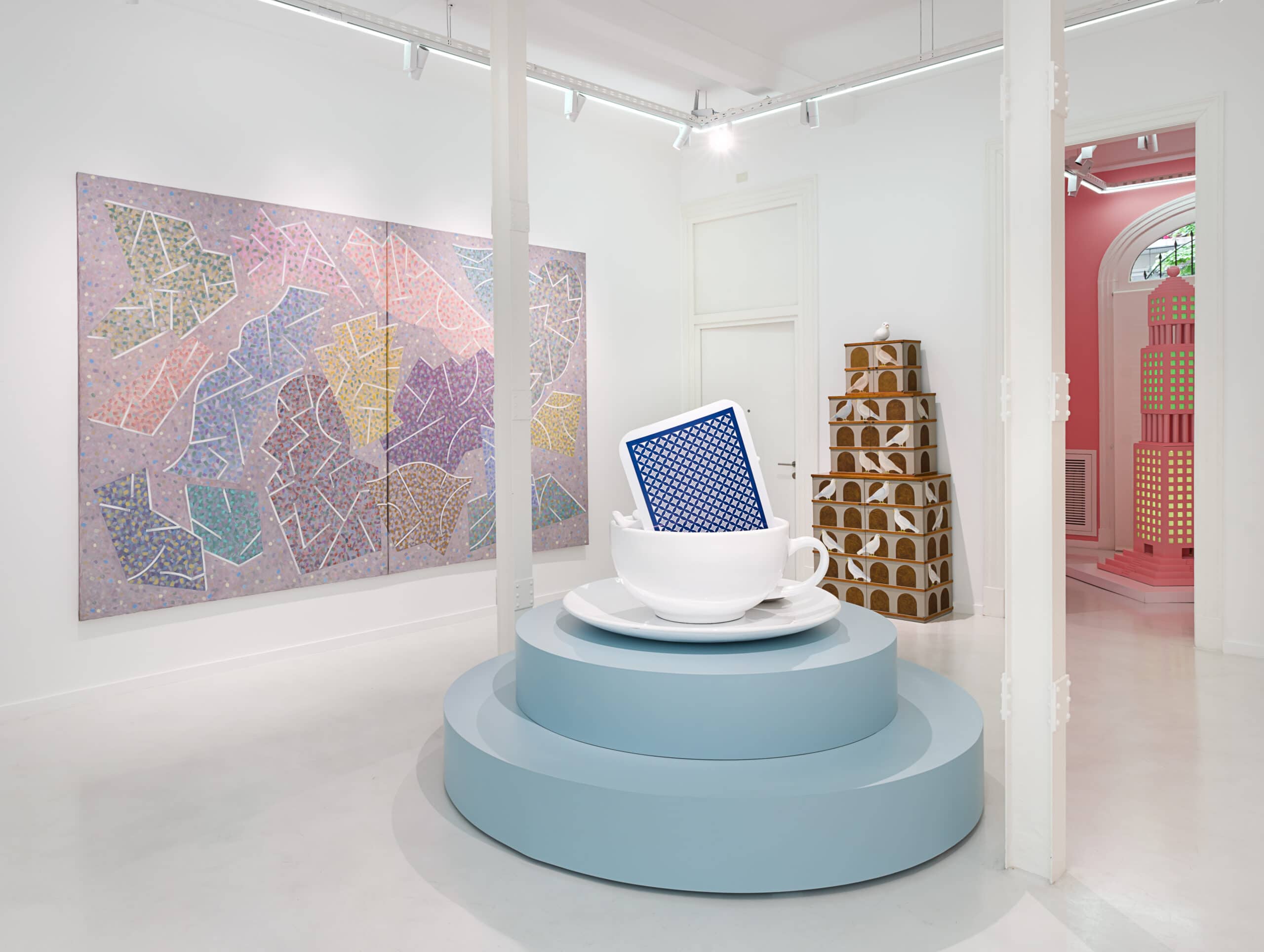 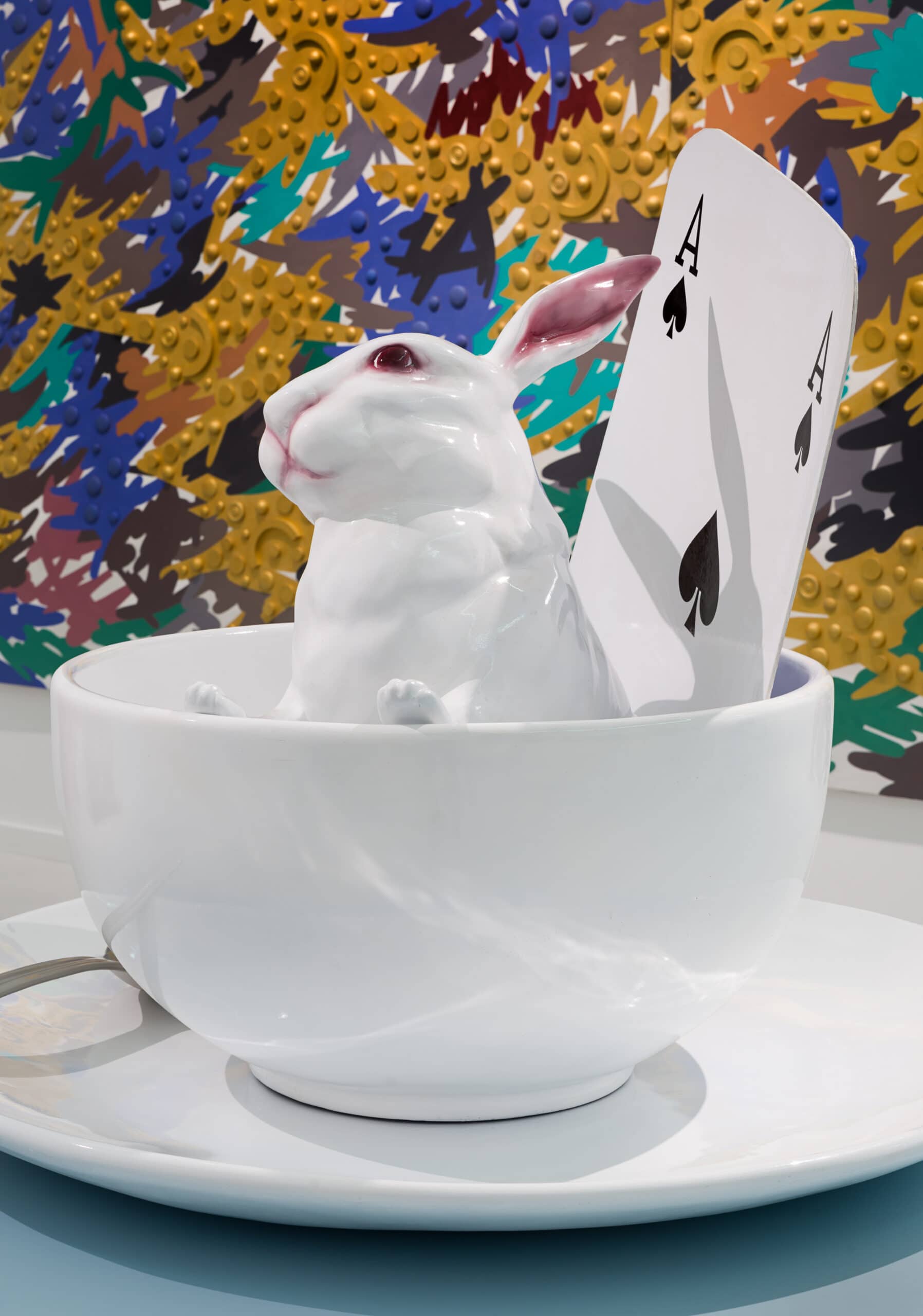 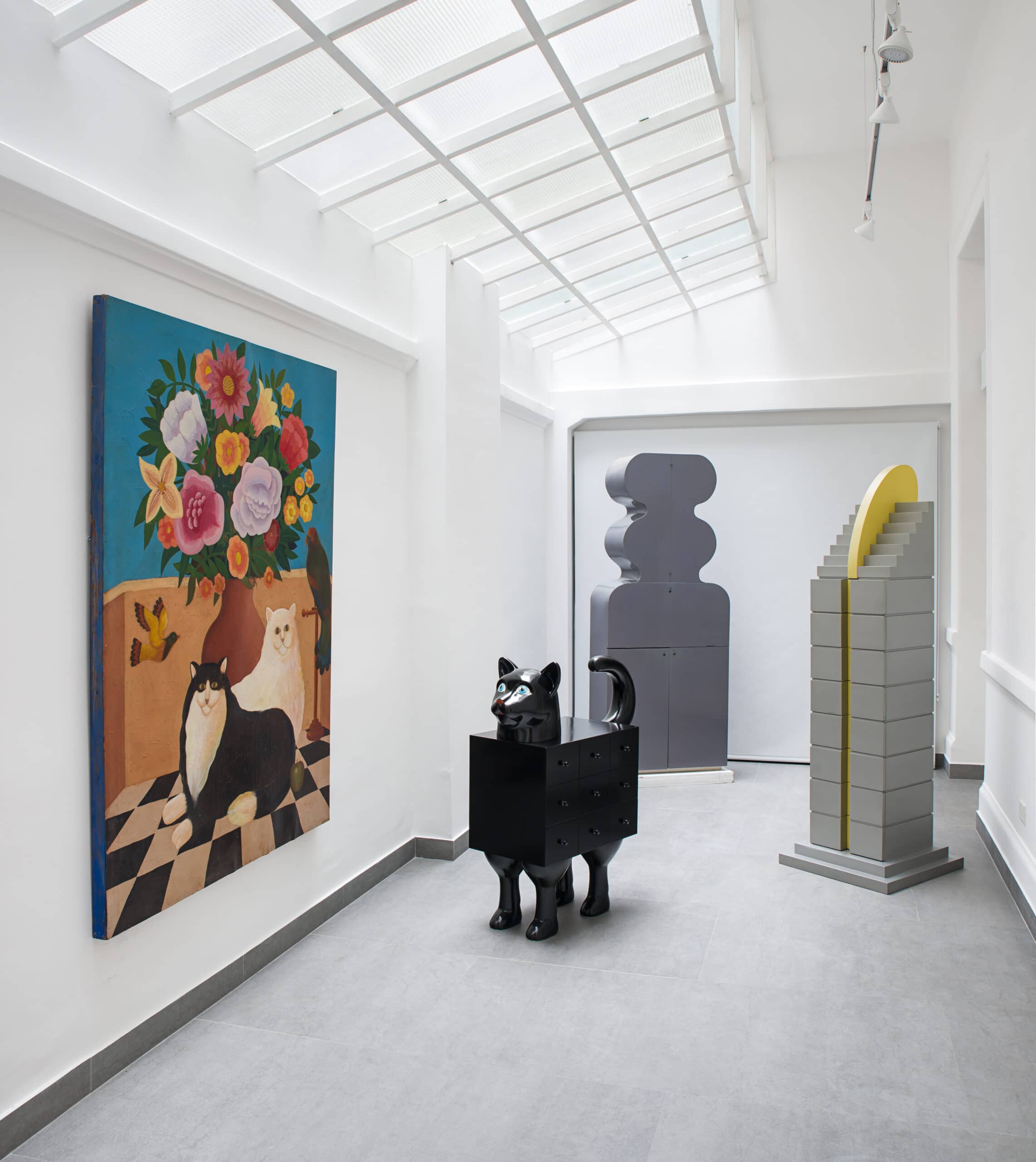