The exhibition proposes to relate and explore different artistic languages ​​such as Pop-art, Geometric Abstraction, Minimalism and Conceptualism, from the 60s to the present.

The corpus of works exhibited is intertwined in an agonizing and antagonistic discourse, where colors and shapes attract and repel to each other. It is in this way that Edgardo Giménez’s Pop animals coexist, together with the rhythmic minimalism of César Paternosto and in turn, Polesello’s colorful play on his geometric abstractions.

“Pop, Abstraction and Minimalism” combines and juxtaposes the discourse of Argentine artists representing the main artistic trends of the 60s and 70s, and today.

Miguel Ángel Vidal (1928 – 2009) was an Argentine painter, draftsman and graphic designer. He investigated naturalism and studied the line as an expression. Over time, his expressive needs led him to investigate Abstraction and Geometry. In 1959 he founded, together with Eduardo Mac Entyre, the Generative Art Movement of Buenos Aires.

Ary Brizzi (1930 – 2014) was born in Buenos Aires, Argentina; he developed a career as a painter, sculptor, and designer; and refrente of geometric abstraction in Argentina. In his works, the concepts of “visual reality” and “plastic reality” were upheld by Brizzi, who did not speak of geometry or abstraction, but of “concrete forms”, as the Bauhaus constructivists would call them.

César Paternosto (1931) was born in La Plata, Argentina. Reference artist of geometric abstraction in Argentina. In 1969 Paternosto began a series of works where at first glance the front of the work, white and uniform, did not reveal an image. The geometric artist began to paint on the wide edges of the frame. Paternosto’s color planes appear and disappear as the traveler or viewer walks.

Antonio Asis (1932 – 2019) Argentine artist, exponent of the op-art. Throughout the 1940s, Asis explored abstraction and nonrepresentative art; with the publication of the “Arturo” magazine in 1944, and the creation of the Concrete Art-Invention Association. In 1956 he moved to Paris where he began a series of works in which he considered how the phenomena of light could be mediated through photography. His work is characterized by studying the vibrations between colors and the many possibilities within monochromatic compositions.

Rogelio Polesello (1939-2014) was born in Buenos Aires, Argentina. Painter and sculptor, he presented his first solo exhibition in 1959 at the Peuser gallery where his admiration for Víctor Vasarely was manifested. Shortly after, his geometry obtained references to the New Abstraction with resources from optical artists, such as the offset of geometric shapes, with which it produced a strong effect of instability. He worked with painting, engraving and acrylic objects capable of generating optical effects that decompose the image.

Eduardo Costa (1940, Buenos Aires) is an Argentine artist who lived twenty-five years in the United States and four in Brazil. He began his career in Buenos Aires as part of the Instituto Torcuato Di Tella generation and continued to work in New York, where he made a strong contribution to the local avant-garde. He has collaborated with American artists such as Vito Acconci, Scott Burton, John Perreault, and Hannah Weiner, among others. In Brazil, he participated in projects organized by Hélio Oiticica, Lygia Pape, Antonio Manuel, Lygia Clark and others from the Rio de Janeiro school.

Edgardo Giménez (1942) was born in Santa Fe, Argentina. A self-taught artist, he began working in advertising graphics. He is one of the greatest representatives of Pop art in Argentina. He was part of the mythical Instituto di Tella during the 60s and 70s. His works celebrate color and joy.

María Boneo (1959) is an Argentine sculptor who lives in Buenos Aires. Her work knew how to be figurative, today more inclined to abstraction, in it,it is still possible to trace the memory of the female body in the meticulous program of deformity purification to which her sculptures were subjected. Boneo worked with different materials, from early wood carving, to marble carving, and now bronze.

Azul Caverna (1979) his work reviews geometric artistic movements and traditions to investigate the ascetic use of form and color. He intuitively seeks to understand what is the function of a current geometric language and what is the influence of contemporary personal avant-gardes, in a discipline historically influenced by group movements. 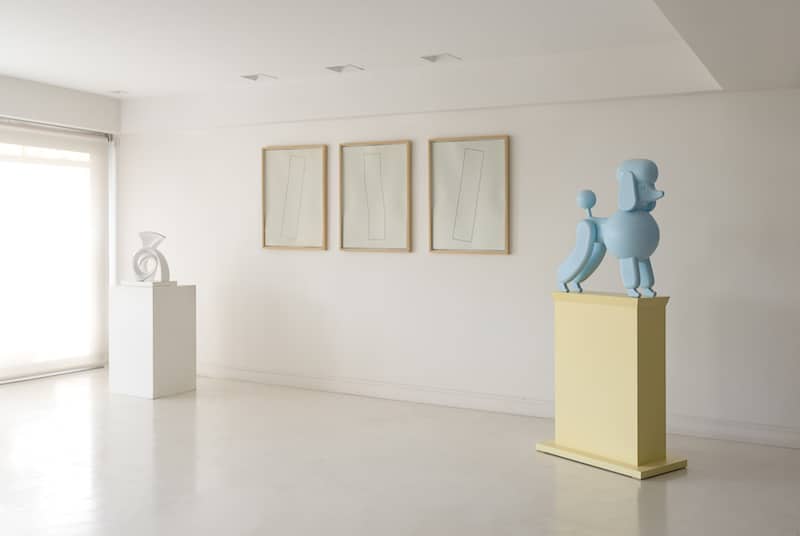 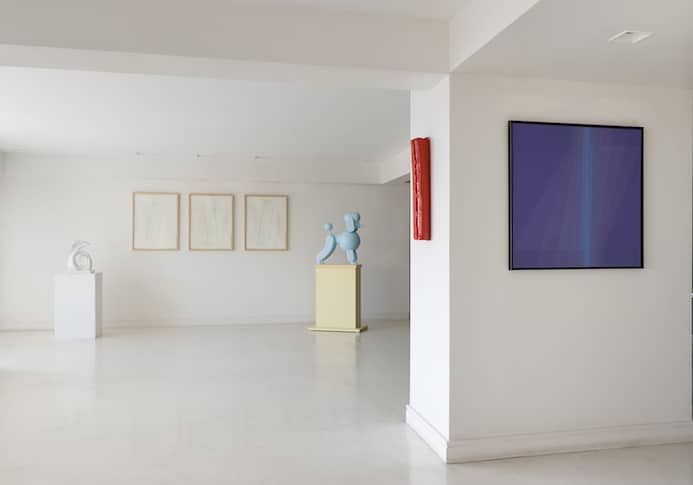 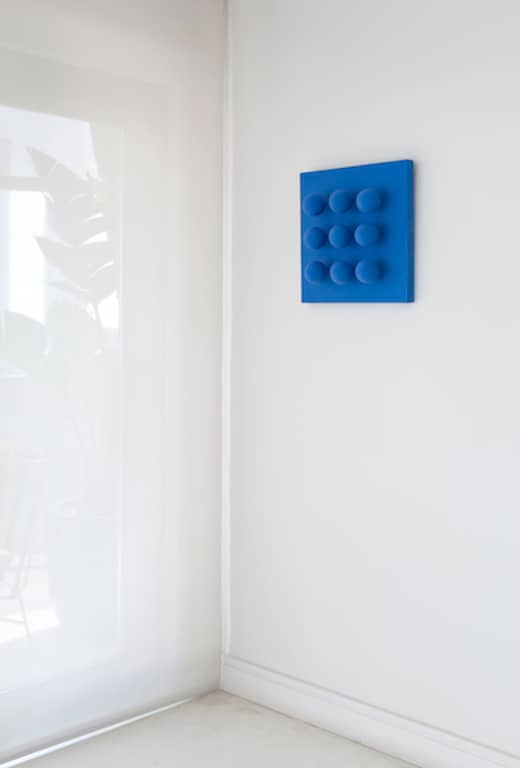 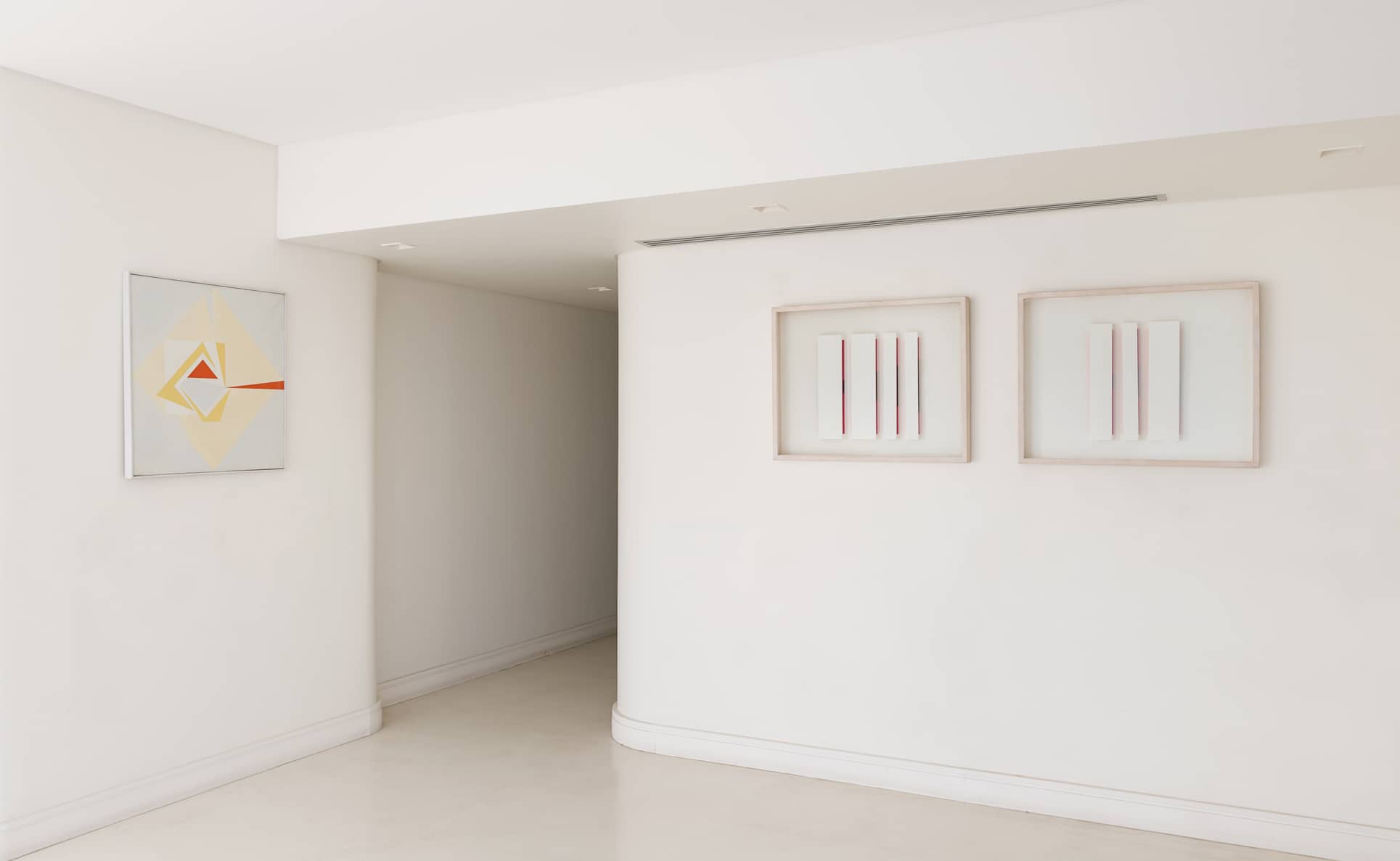 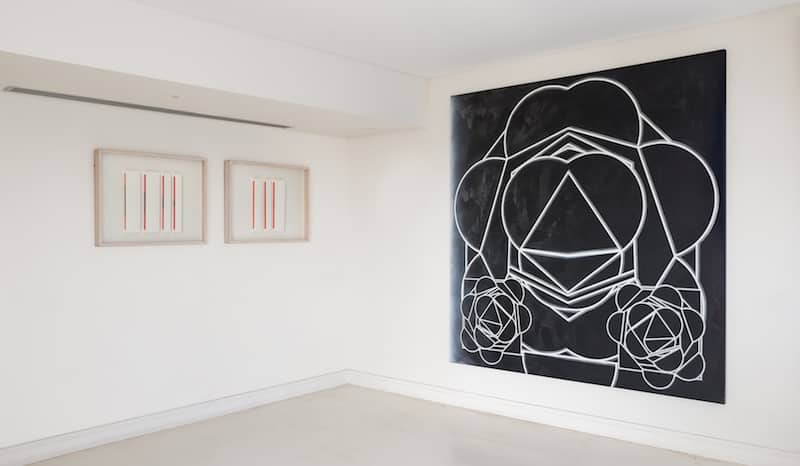